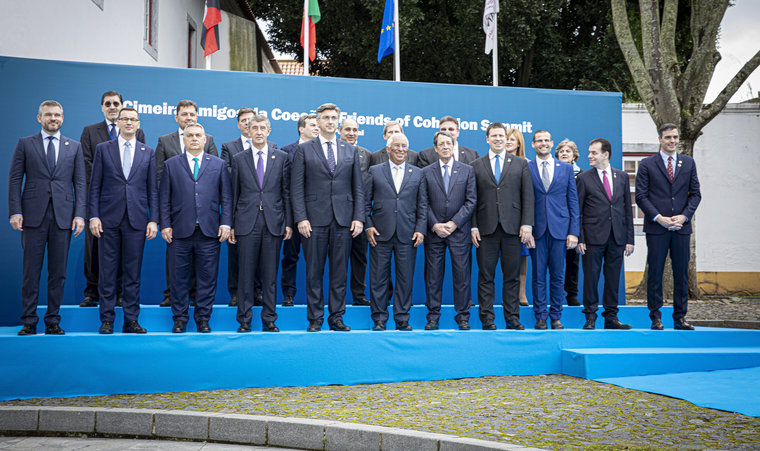 The member states’ views regarding the European Union’s new multi-annual budget are still far apart, Hungarian Prime Minister Viktor Orban told reporters after the head-of-government-level meeting of the Friends of Cohesion group in the Portugese city of Beja on Saturday, the V4 news agency reported.

Hungary’s prime minister emphasized that in recent years Brussels has “mismanaged” Europe’s economic policies, adding that we would soon see the obvious repercussions of that. We can definitely expect the Eurozone to “lose its growth potential this year, meaning that growth will stop” Mr Orban said, adding that the bloc’s misguided economic policy could also have effects outside the zone, including Central Europe.

PM Orban noted that, unlike Hungary, most countries have failed to reduce taxes or support free competition. Instead, they have introduced protective measures that were bad for the economy. Overall, the competitiveness of the European economy “has declined on a global scale, and somebody must pay the price,” he stressed. The Hungarian premier said the meeting focused on what must be done in order to lead the European economy to a growth path again, and help it regain its competitiveness.

According to Hungary’s state news agency, Mr Orban added that participants at the meeting discussed how to draw up a new budget to ensure Europe’s economic growth and prosperity for its people. “This is just the beginning of the debate and the positions are far apart,” he said. Mr Orban believes the member states must first agree that regaining the EU’s competitiveness is the most important thing. This requires a budget that provides member states with the maximum flexibility and encourages countries that are ready to cut taxes, he added.

Meanwhile, Austrian Chancellor Sebastian Kurz threatened to veto the budget if the required spending on part of EU members remains at the level of 1.11 percent of their GDP. Kurz is among the most outspoken leaders of contributor countries, who are worried that Brexit and the loss of the significant British contribution will increase their own transfers to the poorer eastern EU countries.

Regarding the UK’s divorce from the bloc on Friday, the Hungarian prime minister said: “the British exit and the fact that everyone in the UK is still alive appears to indicate that life also exists outside the European Union.” Responding to a question as to whether Fidesz is planning to leave the European People’s Party, Mr Orban said no, adding that he is not planning any such announcement.