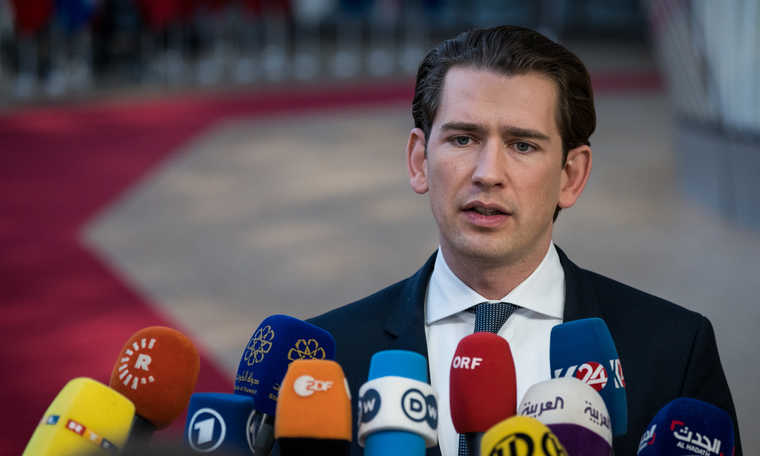 Austrian conservative politician Sebastian Kurz, who won the general elections with a solid margin (37% of the vote), has opened the door to inviting the Greens, who also did well in the elections with 14 percent, in the next coalition.

The V4 news agency reports that this potential coalition will depend on whether the two sides can reach agreement on the thorny issue of migration. Kurz owes his popularity to his tough position on migration, and was able to draw estimated 250.000 voters from the right wing FPO party to vote for him precisely owing to this posture. The Greens, on the other hand, have a strongly pro- open borders policy.

Sebastian Kurz has promised “fair right-wing governance”, after his OVP party gained 37.1 percent of the votes at the parliamentary elections on Sunday. The result means that the right achieved a significant victory in Austria. People’s Party Secretary-General Karl Nehammer told journalists on Tuesday that no one will be excluded from coalition talks. “We want to end tax disputes, reduce taxes, strengthen the social and healthcare system, and we stand up for environmental protection,” Nehammer stated. Analyists see the latter statement as a gesture towards the Greens (collecting 10.2 percent more votes than in the last elections), V4 reports.

The Austrian People’s Party is up 5.6 percent from the last elections. Political analysts say Kurz’s party was able to bring some 258,000 voters (15 percent of OVP’s total votes) from the other right-wing Freedom Party (FPO). 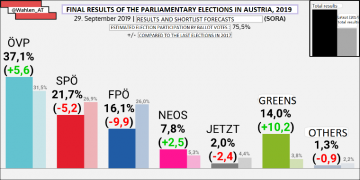 The result of FPO was also negatively influenced by Heinz-Christian Strache’s so-called “Ibiza-gate” scandal, as well as the spending scandal erupting around the party’s former vice-chancellor in the days preceding the election. In addition, the People’s Party gained at least 74,000 voters (4 percent) from the Social Democrats (SPO), who achieved their weakest electoral result ever by 21.7 percent.

The Greens gained support in particular among young first-time voters. According to an analysis by the Austrian Election Office, only 23 percent of those voting for them in 2017 cast their ballots FoR them again, but their support nevertheless rose by 10.2 percent. The Greens, having been popular recently in Germany, France, the UK, the Benelux countries and Scandinavia, are now a force to be recokned with in Austria as well.