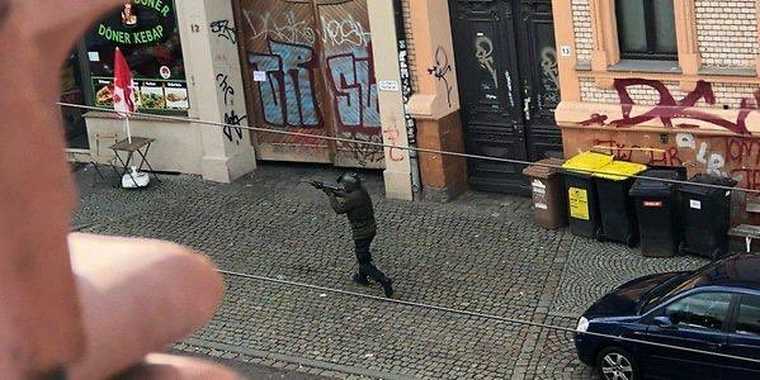 Unknown perpetrators shot dead two people and threw a hand grenade into a Jewish cemetery in Halle, Germany, the V4 news agency reported. Police launched an extensive search operation to locate the suspects who fled the scene by car, apprehending one of the alleged perpetrators a few kilometres from the synagogue after a shootout. Authorities took to Twitter to call on residents to stay indoors.

The alleged perpetrators are on the run and we have launched an extensive search operation. We urge residents to stay at home, the local police wrote on Twitter.

According to sources close to Bild, the suspects drove off in the direction of Leipzig. After a shootout near Wiedersdorf, ten kilometres east of Halle, police arrested one individual. It is unclear whether there is a connection between the two incidents. According to some reportes, the attackers also targeted a Turkish kebab store.

This year, the traditional Jewish celebration of Yom Kippur, also known as the Day of Atonement, began on Tuesday. It will end on Wednesday evening when Orthodox Jews spend most of their time praying in synagogues.

Elections can’t be seen as fair and democratic, Mickoski says during meeting with German Ambassador Holstein