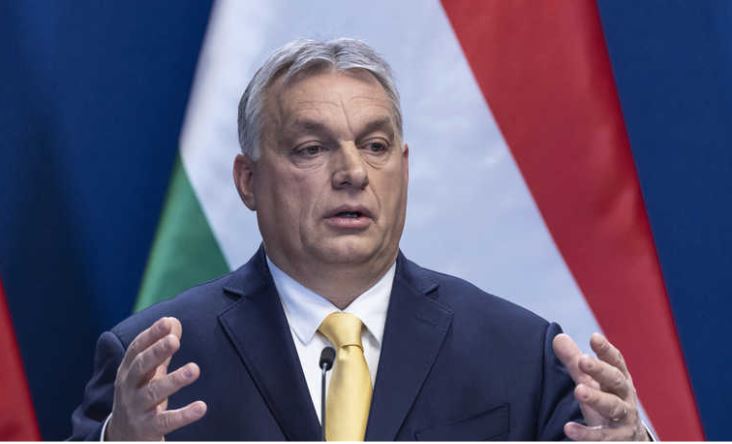 Many European People’s Party (EPP) members betrayed Hungary during the EP vote on Thursday. “We were an inch away from quitting” the EPP, Viktor Orban said in his regular Friday radio interview. He emphasized that if the EPP does not stick up for Hungary, “we have to start a new European Christian Democratic movement,” and “we will have allies to do so”. The Hungarian prime minister also revealed that the world’s top oligarch is currently George Soros, who interferes in European politics using influence bought with money, the V4 news agency reported.

Orban said the vote was preceded by a big debate. The pro-migration majority “voted against us because they hate us for our stance on immigration.” They look down on us because we do not see the beauty of blending the Muslim and Christian cultures together. “I, for one, certainly don’t see its beauty, and I’m rather afraid of it”, Viktor Orban said.

We had debates on the issue not only with members of the left-liberal party family, but also within Fidesz’s party family – the European People’s Party – which Orban described as markedly more unpleasant. “We were an inch away from quitting the People’s Party”, he said, adding that he also examined Hungary’s EPP membership from a “national perspective”. The reason a ruling party belongs to an EP group is to have allies, should the country need protection and support.

But if those allies betray Hungary, like many did in this case, then we have no reason to stay, Orban said. Eventually, Fidesz remained because three large countries – France, Spain and Italy – stood up for Hungary in the EPP debate, the Hungarian prime minister explained.

At the same time, Viktor Orban underlined that the situation must be resolved: if the EPP does not stand up for Hungary, then “we will have to launch a new European, Christian Democratic movement” and “we are will have allies for the initiative,” he added.

Apart from the issue of immigration, the reason why Poland and Hungary have been attacked is because Soros’s network is actively involved in both the European Parliament and in European politics, Orban said. During the EP elections several representatives of Soros’s network secured mandates in the EP and the European Commission. As the network also has a significant influence over the governments of many countries, it also has agents in the European Council, Viktor Orban said, adding that he never understood why it was impossible to discuss this openly in the EU.

If there’s a rich man who buys political clout, because that’s all this is… if he buys and financially supports lawmakers and operates networks to gain influence in political life, well, in our profession we call such a person an oligarch. Currently the world’s top oligarch is George Soros, who manages his political activities and influences European politics through a disguised, or partly disguised, mafia-like network, Orban said.

Hungary, he added, is opposed to this network, which strives for a new, modern Europe comprised of a mixture of Christian and Muslim components, one that’s beyond Christianity and national sentiments. Hungary wants to resolve its demographic problems with Hungarian children, instead of migrants, which puts it on a serious collision course, the Hungarian premier concluded.

Regarding the summit between the leaders of the Visegrad countries and the Austrian Chancellor on Thursday, Viktor Orban said he was looking forward to the meeting, because the former Austrian government led by the Austrian People’s Party of Chancellor Sebastian Kurz and the more rightist Austrian Freedom Party “was dissolved in quite an unusual way”. No such coalition exists anywhere else in Europe, and “I think this is the future”, Viktor Orban said. “I thought Austria was a pioneer, but the coalition government was basically crushed with a secret service operation and the smaller coalition party’s leader was hunted down,” he added. Orban described the new Austrian government – the coalition of a centre-right and a green party – as “another novelty.” The world needs to address two significant challenges today – migration and climate change – and “the composition of the Austrian government is a true reflection of these two challenges,” he added.