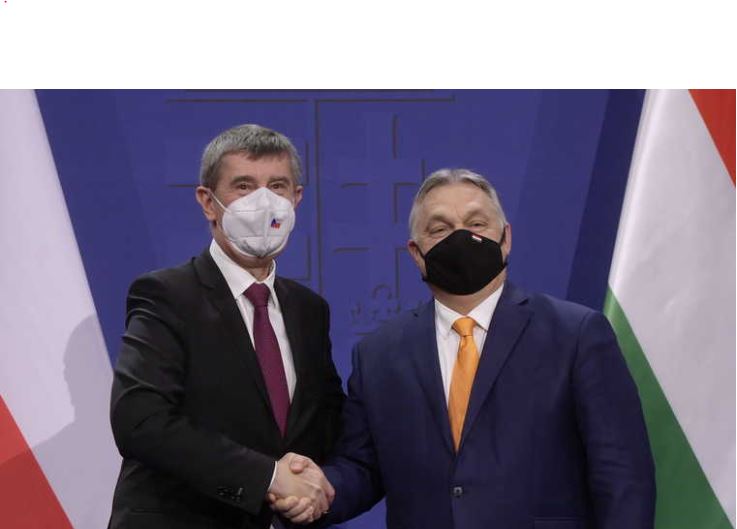 Speed is the most important when it comes to the procurement of a Covid-19 vaccine, Hungarian Prime Minister Viktor Orban said in Budapest on Friday, after having talks with Andrej Babis, his Czech counterpart, the V4 news agency reported.

“Those who are quick can save lives, those who are slow will lose lives”, PM Orban told a joint press briefing, stressing that we cannot wait for Brussels because Brussels’ vaccine procurement is slow. “We want to learn from each other how to speed up the vaccine procurement process”, the Hungarian premier said, after sharing with his Czech counterpart Hungary’s experiences on the procurement and inspection of the Russian and Chinese vaccines.

Orban said that as Serbia is already using the Chinese and Russian vaccines in its mass inoculation programme, they have also shared their experiences gained through Serbia. He stressed that Hungarians tend to comply with the rules in outstandingly large numbers even in a European comparison, which may have to do with the fact that the restrictions were preceded by a National Consultation survey. This will also be the case with the reopenings as the government will survey public opinion in a new National Consultation lasting from mid-February to early March.

Orban said he had an advantage over Babis, namely that he does not have to lead a coalition government so decision-making can be smooth. Hungary’s premier also told his Czech counterpart that Hungary had launched a so-called Economy Recovery Action Plan. He also talked about the fact that considering the economy, the Visegrad Group (including the Czech Republic, Poland, Hungary and Slovakia) can emerge from the pandemic-induced trials and tribulations with great hopes and “close the gap meted out by history” even faster than previously thought.

Speaking about the Czech Republic, Viktor Orban emphasized that it has a positive image in Hungary, and everyone knows that Prime Minister Andrej Babis was the best finance minister in Europe. Good Hungarian-Czech relations are also important for the 15 thousand Hungarians living in the Czech Republic, he added. He also pointed out that the Czech Republic has the lowest unemployment rate in Europe, followed by Germany, and by Hungary in third place.

He also spoke with appreciation about demographics in Czech Republic, where – unlike in Hungary – the number of Czech citizens has increased by more than half a million over the last 20 to 30 years. The vaccine against novel coronavirus is not a political, but a safety issue, thus the vaccine’s country of origin cannot constitute a political issue either, Czech Prime Minister Andrej Babis told the press briefing. The best vaccine is the one that is safe and readily available, the Czech politician said. Babis stressed that he received detailed information on how Hungary handles the disease and how the country authorizes the vaccines whose use has not yet been green-lighted by the European Union.