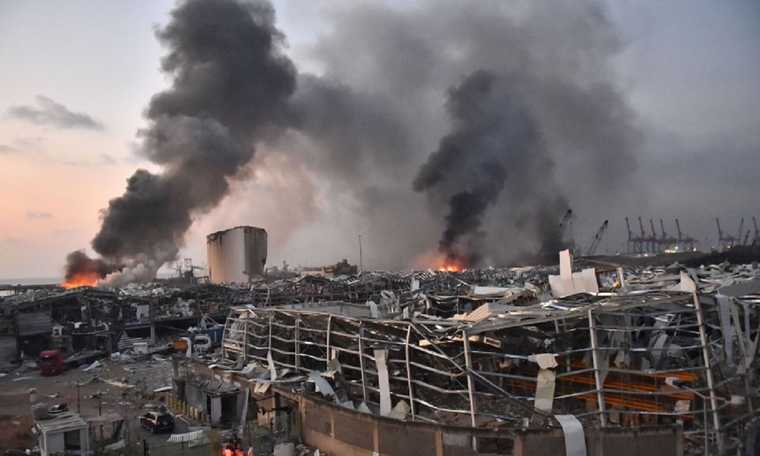 On Tuesday evening the premiers and ministers of the Visegrad countries expressed their condolences to the Lebanese people and offered to send medical aid and rescue teams with dogs to help those injured in a recent blast in Lebanon. Russia is to set up a mobile hospital in Beirut, Russia’s Ministry for Emergency Situations said on Wednesday, the V4 news agency reported.

Poland’s disaster management authority is ready to dispatch rescue specialists to Lebanon to help with the ongoing rescue operations, Prime Minister Mateusz Morawiecki announced on Wednesday. Poland has mobilised 39 trained mountain rescuers with four dogs and a chemical rescue module, and it can send a total of 50 Polish specialists to the scene, Polish news portal W Polityce reported on Wednesday.

“Interior Minister Mariusz Kaminski and I decided to offer help to Beirut. First of all, they need medical assistance. After consulting the Lebanese side, we will also dispatch experienced Polish rescuers who have repeatedly helped in places of disasters,” Morawiecki wrote on Facebook. “Polish solidarity is a trait that we want to share with the whole world,” the premier added.

“An immense tragedy,” Czech Prime Minister Andrej Babis said, describing Tuesday evening’s blast caused by ammonium nitrate, which killed at least 100 and injured more than 4000 others. After consulting Interior Minister Jan Hamacek, Babis announced on social media that “we are just waiting for Lebanon to accept our help. The Czech Republic is ready to send members of the USAR [a special rescue unit] to Lebanon. The team consists of 37 people, including five machine operators. At Lebanon’s request, (the unit) is ready to set off on (Wednesday) afternoon”, reads a tweet by the Czech interior minister.

Hungarian Prime Minister Viktor Orban expressed his condolences in a letter to Hassan Diab, his Lebanese counterpart. “On behalf of the Hungarian people, I wish to express my deepest condolences to you and the Lebanese people,” PM Orban wrote in his letter. “We express our sympathies to the families of the victims and wish those who were injured a full and speedy recovery”, Viktor Orban wrote. The Hungarian premier assured his colleague that Hungary was ready to provide assistance to Lebanon during this difficult period, the Prime Minister’s Press Office told Hungary’s state news agency (MTI).

Russia is setting up a mobile hospital in Lebanon to provide treatment to the victims of the explosion, Russia’s Ministry of Emergency Situations announced on Wednesday. Five planes are scheduled to take health professionals and emergency services to Lebanon. Russia’s Consumer Protection Agency is also sending a lab suitable to diagnose the novel coronavirus infection in Lebanon, along with its professional staff.