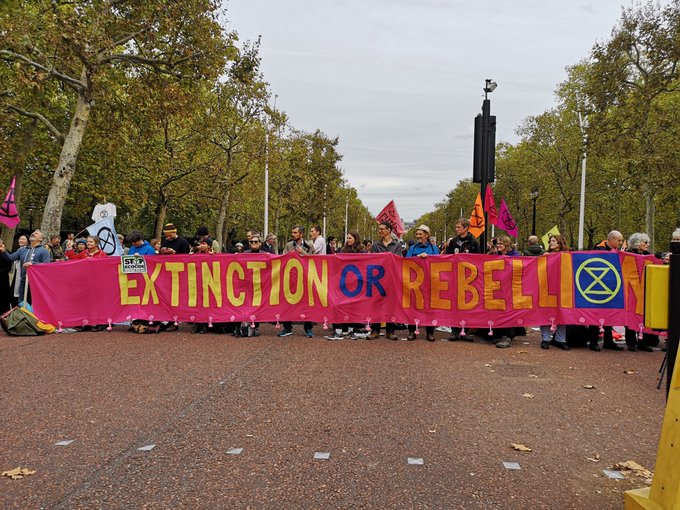 As London is brought to a stand-still by environmentalist protesters, the German branch of the international environmental organisation called Extinction Rebellion (XR) is planning similar non-violent acts of civil disobedience in Berlin. The group began building a protest camp outside the German Chancellor’s Office during the weekend and has plans to block traffic in the German capital throughout the day, the V4 news agency reported.

More than a thousand activists began building a protest camp in a park near the German Chancellor’s Office on Saturday, with their numbers doubling by Sunday. XR activists emphasized that their action was not part of the global climate protection movement Fridays for Future. The group isn’t simply focused on stopping climate change but also on ending the extinction of plant and animal species, and XR is planning acts of civil disobedience to run parallel with the protests.

Meanwhile in London, the Greta Thunberg inspired protesters blocked blocked key infrastructure and marched in colorful, often religiously motivated drabs. More than a 100 people were detained as they obstructed traffic and clashed with the police.

U.S. calls for restraint from violence at Skopje protests