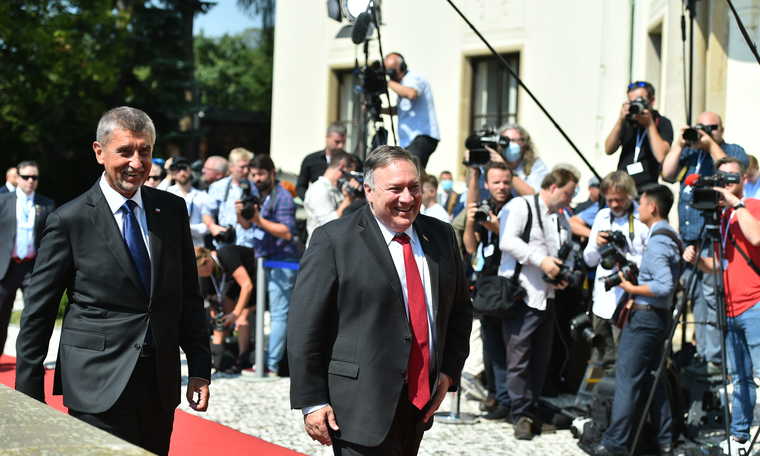 US companies would take part in the construction of the Dukovany nuclear power plant in the Czech Republic, US Secretary of State Mike Pompeo said on Wednesday, after meeting the Czech prime minister and cybersecurity leaders in Prague. Babis stressed that the Czech Republic and the United States were “important allies” of each other, and business relations between the two countries were “better than usual”, the V4 news agency reported.

US firm Westinghouse has expressed interest in building a new unit of the Dukovany nuclear power plant in South Bohemia, US Secretary of State Mike Pompeo said in Prague on Wednesday. The meeting between the state secretary and Czech Prime Minister Andrej Babis revolved around economic relations between the United States and the Czech Republic as an EU member state.

At a press conference following the meeting, Andrej Babis stressed that the United States was an “important ally” of the Czech Republic, adding that the relationship of the two countries were “better than usual.” He noted that this is the first time a US secretary of state has visited the Czech capital since Hillary Clinton’s official trip in 2012. The meeting was attended by the Czech CEOs of US software developers Avast and Cisco, a board member of the Czech branch of IBM, the chairman of Y Soft and the director of STRV, according to the Czech Novinky.cz news site.

Mike Pompeo recalled the assistance provided by the US to Czechoslovakia during World War II and praised the participation of Czech soldiers in foreign missions. The state secretary said his country continued to provide support to the Czech Republic and other European countries against “authoritarian regimes”, which Pompeo said were “trying to divide the Western alliance.”

After the Czech Republic, Secretary Pompeo will travel to Slovenia and Austria on Thursday, followed by a visit to Poland on Friday.

Report: Mijalkov did not disclose real-estate investments in Prague worth two million EUR