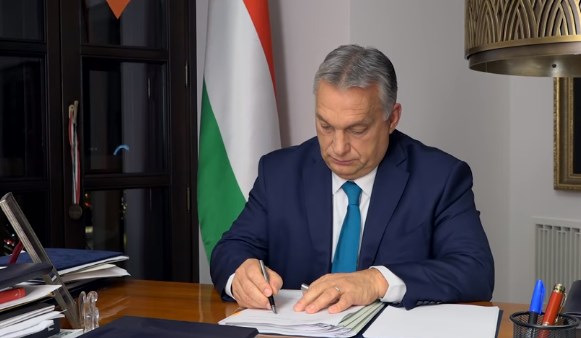 The number of people vaccinated with the first jab has reached 2.5 million, Prime Minister Viktor Orban has announced, indicating that Hungary will begin reopening on Wednesday. Among the first measures will be the shortening of the current curfew and the reopening of shops and services, Hungary Today reported.

From Wednesday on, the nighttime curfew will be shortened by two hours from 10:00 pm until 5:00 am. Business hours will be extended between 5:00 in the morning and 9:30 at night. Businesses that were shuttered from March 8th will be allowed to reopen, including hairdressers, cosmetologists, and other providers with the stipulation of the number of customers limited to one for every ten square meters. Dining in at restaurants and recreational stays at hotels are still banned.

Orban previously designated this number as the requirement for the automatic start of Hungary’s gradual reopening. On the 27th of March, the government issued a decree on the conditions for beginning the first stage of a multi-phase reopening in Hungary. Instead of a specific date, it tied the first steps of easing coronavirus restrictions to 2.5 million “inoculated people.” (However, the government counts every citizen with at least one jab “inoculated” instead of the two doses needed for full protection).

As Hungary is still among the European countries most severely affected by the pandemic, many Hungarian experts raised their concerns over the plan. Nonetheless, the government decided to stick with the approach. According to PM Orbán’s interview with state media last Wednesday, the government drew the line here, because based on previous estimates all registered people over the age of 65 (i.e. those most endangered) will be vaccinated in Hungary by this time.

On Tuesday afternoon, Prime Minister Viktor Orban announced that the number of people inoculated in Hungary reached 2.5 million, meaning shops and services can reopen from Wednesday. “We have lived our lives now for a year in wartime-like conditions under restrictions, curfews and personal loss. The virus has waged a war against us, and the only weapons with which we can win are the vaccines”, the prime minister noted.

Orbán added, however, that anti-pandemic measures would remain in place, and asked people to observe them. The prime minister thanked doctors and nurses for their work and repeatedly asked Hungarians to register and get vaccinated. He said that “Hungary can be, Hungary will be the European country where everybody gets a vaccine the fastest. Every life matters to us!”