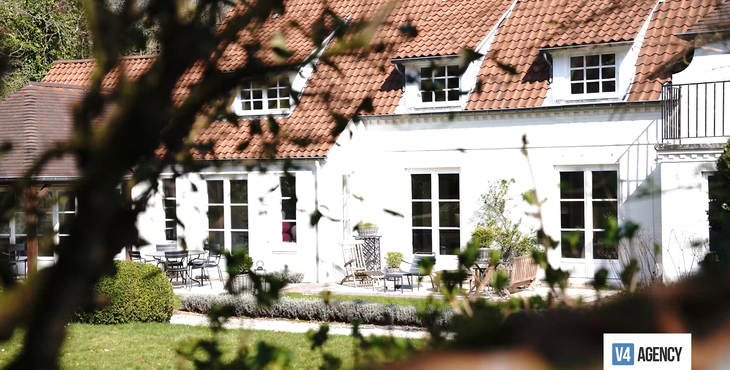 Tervuren is one of the richest and most heavily guarded small towns in the European Union. This is where the EU institutions’s prominent decision-makers live their lives in utter luxury, whilst having a profound influence over the daily lives of average citizens. The V4 news agency reports what life is like in this little micro-world inhabited by members of the Brussels elite.

“The Brussels bubble has enormous suction strength. This is a micro-world,” an Italian trainee told Dutch paper Groene Amsterdammer. Another former official described how every moment in the lives of those who live in the Brussels bubble is permeated by the EU’s atmosphere, with their kids attending prohibitively expensive international schools paid by the European Commission with permanent contracts. Sources suggest that the most important people live in Tervuren, which – according to many – is one of the most expensive and heavily guarded towns in Europe. Our crew wanted to find out what life is like in this lush green suburb, where not a penny can be dropped without the locals and the authorities knowing about it.

Tervuren is only a 15-minute drive from the EU institutions in Brussels. When our crew arrived, they found themselves in an affluent neighbourhood full of luxury homes. If you look at the plots from a bird’s eye view on Google Maps, you see swimming pools and sports fields in the backyards of castle-looking homes. The gardens – boasting areas of up to 25-hundred square meters – tend to keep landscapers busy all year round. These houses, however, are not for the wallets of the average European taxpayer. The typical asking price for an upscale property like these ranges between 1.5-2 million euros. The small town with 23,000 residents offers a number of schools, mostly attended by the offspring of the Brussels elite who live their lives in a bubble.

There is no shortage of attractions in this green suburb of the Brussels bubble, although some have become notorious for their scandals. One such institution is the Royal Museum of Central Africa in Tervuren, where exhibitions focus on the Congo, a former Belgian colony. Recently, the building was shut down for a longer period, as it underwent a major refurbishment. https://www.nytimes.com/2018/12/08/arts/design/africa-museum-belgium.html) The renovation’s aim was to shed the racist and colonial image of the museum, its director said. Up until 1960, when the Democratic Republic of Congo gained independence, Belgium tried hard to tap the country’s resources of rubber and other raw materials, BUT its efforts have produced a shocking degree of human suffering as millions starved to death or died of diseases. That said the museum – even despite an investment of more than 70 million dollars – has been unable to shake off its racist reputation. Currently, there is a separate exhibition room, dedicated to racist statues depicting African people as savages. From the 19th century, Tervuren has served as one of the most cherished suburbs frequented by the royal family, offering various leisure activities. The local church is home to the tombs of three Brabant princes… no wonder that Europe’s leaders also feel at home here.

Tervuren is home to one of the continent’s most exclusive golf clubs, the Royal Golf Club, where only select people can gain membership. The house rules are almost impossible to follow. The dress codes details both what and how specific garments can be worn. In some areas, members are no allowed to carry a phone. It is possible that these are the places where the most secret alliances are made. The club’s honorary president is the King of Belgium, Albert II.

Although Brussels bureaucrats speak out for open borders and inclusion, they do everything they can to hide from the prying eyes of outsiders. From the streets it is nearly impossible to get a glimpse of the backyards. The dense vegetation behind the tall fences prevents anyone from seeing what’s inside and what is going on in there. Every plot is equipped with multiple surveillance cameras, so an average passer-by can’t even sneeze without being captured on video.

Just how strictly the area is protected is well-illustrated by the fact that barely a few minutes after our crew’s arrival in Tervuren, two officers appeared. They seized our phones to delete all the recently taken images. In violation of the rules, the officers also searched our car and confiscated a memory card used by our cameraman, saying NO filming was allowed in the neighbourhood. This clearly is a lie, as anyone can easily have a virtual stroll around the town using Google Maps, although it’s true that Google did blur some properties’ images at he request of their owners. After the ordeal – a bit of a rough ride – our crew tried to find out who, in fact, lived in this neighbourhood and why they want to keep such a palpable distance. We’ve uncovered some shocking connections, which we will present in our next video.

Orban: Brussels lied to EU citizens regarding sanctions against Russia