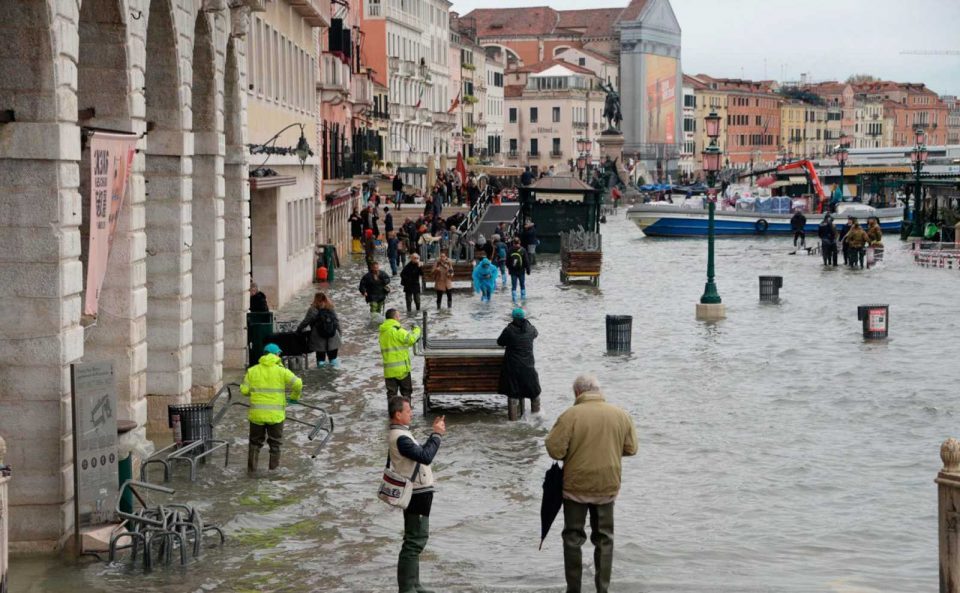 The popular tourist destination has been hit by the worst flooding in 50 years this week, resulting in damage worth hundreds of millions of euros. Italy’s Prime Minister Giuseppe Conte said a state of emergency would be declared on Thursday because of the disaster.

The flooding came at the worst possible time for Venice. The city is struggling with unsustainable overtourism, its historical buildings are sinking at an alarming rate and the population is dwindling.

The lagoon city was struck by an exceptionally high tide on Tuesday night, causing the worst flooding since 1966. Many of its most precious sites have been damaged.

The Patriarch of St Mark’s Basilica Monsignor Francesco Moraglia said he had never seen flooding like this at St. Mark’s Square. “There were waves as if we were at the beach,” he said.

The Italian government is building a complex flood defense system to protect Venice from flooding. But the multi-billion project has been under construction since 2003 and has been delayed a number of times.

In October, the Consorzio Venezia Nuova, the consortium in charge of the project, confirmed another delay, this time because of vibration in some sections of the drain line pipes.