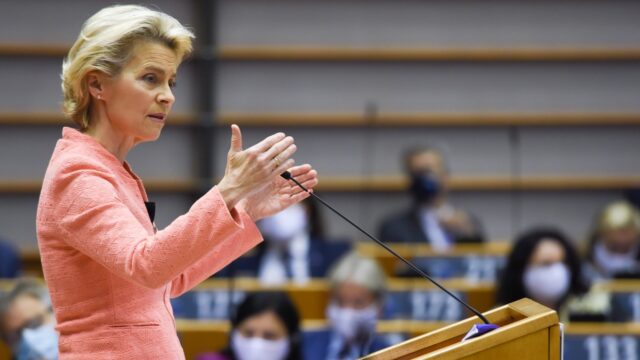 In her State of the Union address in Brussels, Leyen drew connection between the EU’s relations with China, referring to the Silk Road – the large-scale Chinese economic project targeting the Balkan region, MIA’s Brussels correspondent reports.

The decision six months ago to open accession negotiations with Albania and Macedonia was truly historic. The future of the whole region lies in the EU. We share the same history, we share the same destiny. The Western Balkans are part of Europe – and not just a stopover on the Silk Road, she said.

MIA has learned that the Commission is expected to single out nearly EUR nine million for regional development in the Western Balkans, including infrastructural projects and connectivity.

The report on the reform progress made by the countries in the region, including North Macedonia, is expected to be released on October 6, European Commission sources have told MIA.

Germany, which currently holds the EU’s rotating presidency, expects in November the member states to green light the first intergovernmental conference with Skopje and Tirana, which officially marks the opening of negotiations for joining the EU.