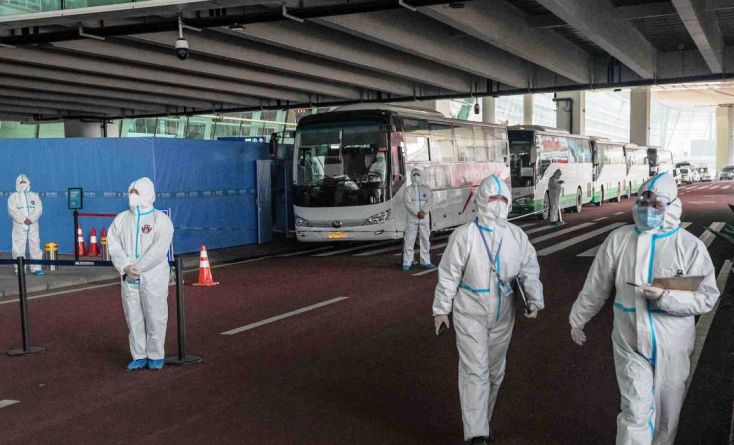 World Health Organization (WHO) experts visited a research centre in the Chinese city of Wuhan on Sunday as part of their probe into the origins of the coronavirus pandemic.

Wuhan is where the virus was first thought to have crossed over from animals to humans, although China has disputed this. It soon spread to other parts of China and then worldwide.

The visit to the Wuhan Institute of Virology (WIV) is considered a highlight of the experts’ investigation.

The laboratory is a leading institution under China’s Academy of Sciences and conducts research with coronaviruses from bats, which are suspected to be the source of the pandemic.

Conspiracy theories have circulated that the virus might have escaped from this lab, but international and Chinese experts have rejected this.

There have also been unproven suspicions that the SARS-CoV-2 virus could have come from a lab accident with an artificially manipulated coronavirus.

But the majority of leading experts who have viewed the genetic data are agreed that the coronavirus that has spread across the world came about naturally.

Internationally renowned bat researcher Shi Zhengli, nicknamed “batwoman,” has already met with the WHO experts and held a presentation for them.

The search for the origins of the pathogen is politically sensitive, and China has lashed out against countries like Australia for demanding such an investigation.

Beijing appears to fear being blamed for the pandemic, which has killed more than 2.2 million people worldwide.

China’s propaganda apparatus in recent months has made efforts to cast doubt over whether the virus originated in the country at all, including by pointing to unconfirmed reports there could have been infections in other countries before they started cropping up in China in late 2019.

Members of the WHO team have repeatedly emphasized that they will go into the investigation with an open mind and will not rule out any possible scenarios.

The WHO mission to China was delayed at least once due to visa paperwork problems.

After two weeks in quarantine which they used to prepare and hold conference calls, the team started work in Wuhan in late January. They have visited a seafood market associated with many of the early cases of Covid-19.

WHO: Coronavirus pandemic will leave long-term mark on mental health

WHO urges families to wear masks at holiday gatherings