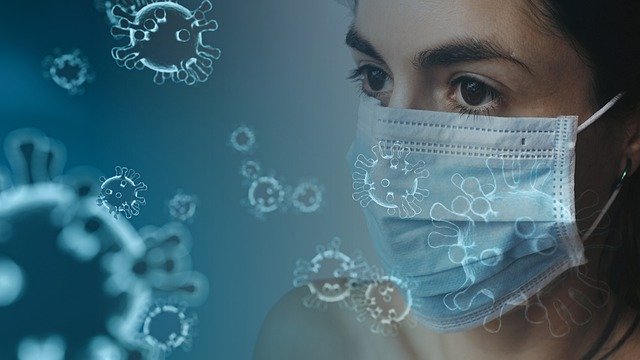 It’s important to raise this question, because some international organisations had rung the alarm bells much sooner. So then, what was the ECDC’s motivation in underestimating the risks of the coronavirus pandemic? Was it simply a lack of competence?, the V4 news agency writes.

Member states that have based their emergency measures on the World Health Organisation’s reports instead of the risk assessments of the European Centre for Disease Prevention and Control (ECDC) appear to be more effective in their response to the coronavirus pandemic.

For a long time, the ECDC has downplayed the potential negative effects of the coronavirus epidemic, which contributed to the spreading of the virus in Europe. This is also supported by the statements of Andrea Ammon, the Centre’s director. In an ECDC report on the coronavirus published on 22 January, Ms Ammon stated that although the further global spread of the virus was likely, there is a moderate likelihood of detecting cases imported into EU/EEA countries. She said the likelihood of case importation in countries that have direct flight connections with China’s Wuhan, where the virus was first detected, is higher, but it is still considered moderate.

ECDC’s communication didn’t substantially improve even after Europe’s first coronavirus cases had been detected in late January. On 5 February, Ms Ammon explained to the Euronews website that there is a regular exchange of information between all member states on the measures that “they have already taken: informing the public, informing travellers, informing the health care professionals and so on,” the Centre’s executive director said. She added that “all the countries had preparedness plans,” which ECDC assists through its Emergency Operations Centre (EOC), indicating that every member state needs to deal with this at a national level. “This virus is new, there are many characteristics that we do not know yet and we are learning along the way,” she added.

At the beginning of February, when the EU already had 25 registered coronavirus cases, Pascal Canfin, president of the European Parliament’s Environment Committee, was still chiefly concerned with what the Chinese eat. He said the EU can no longer turn a blind eye to China’s low standards with regard to the traceability of their food products because it could have serious repercussions, suggesting that the coronavirus outbreak likely started at a seafood market in Wuhan.

In an interview with the Euractiv news site on 7 February, the ECDC director stressed that as long as there are only a few cases in Europe, there is no need to worry about novel coronavirus, adding that she still considered the risk of spreading the virus to be low. She cited as an example the news reports published by media outlets that even asymptomatic people can transmit the virus, adding that “we don’t know that yet,” and that it is possible. Ammon said it was normal that people were scared and panicked, but she stressed that there was no cause for concern. “The situation in Europe and in China is completely different and our current strategy in Europe wouldn’t work in China anymore,” the Centre’s executive director said.

By the end of February, Italy became the second most infected country in the world after China, with more than 300 registered patients. From this point forward, the tone of ECDC reports has changed. On 27 February Andrea Ammon opined that a situation similar to that in Italy would likely develop in several European countries, so the EU must be prepared for the possibility of mass infections. However, she rejected the idea of shutting down the European borders, and other experts also shared her view. Dr Clare Wenham, of the London School of Economics, believed that travel restrictions would not work during an epidemic, as they can only slow the virus down. As it turned out later, in most EU member states it was precisely the introduction of strict travel restrictions and the closing of borders that made it possible to curb the spread of the disease.

The ECDC’s neglectful handling of the situation was also raised during the press briefing of Hungary’s Operative Board, in charge of coordinating the country’s coronavirus response, held in Budapest on Sunday. Responding to V4NA’s question, chief medical officer Cecilia Muller stressed that the World Health Organization (WHO) had provided a much more accurate forecast then the EU agency for infectious diseases control (ECDC). Based on WHO’s indications and warning, Hungary decided as early as 24 January to take the threat seriously, Ms Muller said, adding that the country introduced its first epidemic emergency measures on 25 January.