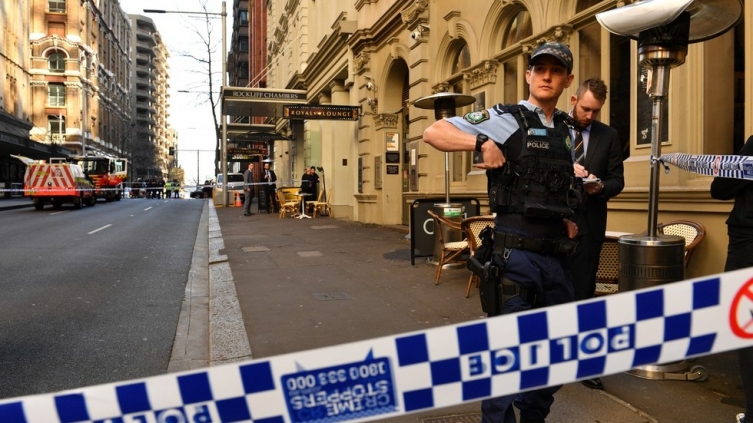 A 21-year-old woman has been found dead with her throat slashed near scenes of a six-minute knife rampage in Sydney.

A man brandishing a knife was filmed standing on top of a car in the city’s busy business district shouting “Allahu Akbar”.

Police are investigating whether there is a link between the rampage and the woman reportedly found dead on the fourth floor of a hotel on Clarence Street.

Two other women are said to have been injured in the knife rampage, with one 41-year-old being stabbed in the back.

Dramatic footage showed a brave member of the public confronting the 21-year-old attacker with a chair before shouting at police to ‘shoot him’.

The attacker can then be seen being pinned to the floor by a milk crate as members of the public wait for police to arrive.