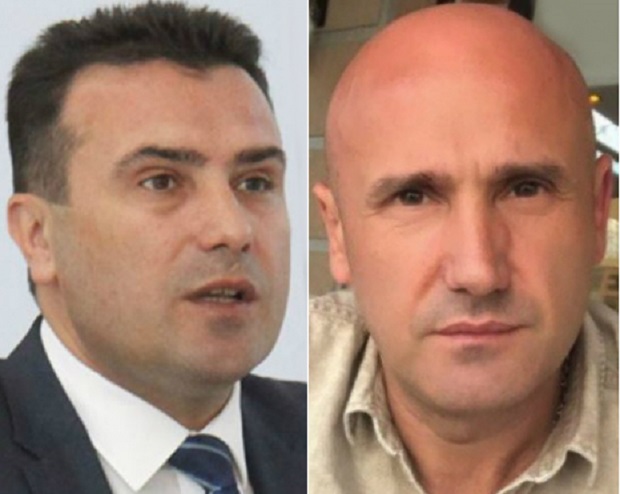 A number of specific criminal allegations were discussed during the marathon late night meeting between the leaders of VMRO-DPMNE and SDSM, opposition source say, describing how Prime Minister Zoran Zaev wanted to avoid any serious investigation into alleged crimes perpetrated by himself and his associates.

Zaev reportedly insisted that the newly created Special Prosecutor’s Office, which should replace the thoroughly discredited SPO led by Katica Janeva, is not allowed to investigate cases such as the racketeering allegations that surfaced in the past months and involve Janeva but also top officials of Zaev’s SDSM party. The allegations of corruption against Dragi Raskovski, the Secretary General of Zaev’s Government who was recorded ordering what steps should be taken with regard to a major procurement of air traffic control equipment, were also declared off limits by Zaev, opposition sources say. He also insisted that there is no investigation into the “Russian pranksters” scandal, during which two Russians recorded Zaev pretending to be the President of Ukraine Petro Porosenko and the NATO Secretary General Jens Stoltenberg, and got Zaev to promise a bribe of 100.000 EUR to the Ecumenical Patriarch Bartholomew.

Other cases which Zaev made clear must not be investigated include the numerous allegations that his brother Vice Zaev is using his administrative power for personal enrichment.

At one point, Zaev nervously said that he will not allow charges to be brought against him, and that he must have control over the head of this new unit of prosecutors. He then agreed that a new department is created, but insisted that it has mandate to investigate cases only after the day of its creation, an opposition official said.

Janeva’s office but also the OJO/PPO office of state prosecutors, have steered clear of investigating representatives from Zaev’s SDSM party, or those of his coalition partner DUI. Both institutions were used to blackmail VMRO-DPMNE members of Parliament and force them to vote in favor of renaming Macedonia.

The prosecutors dare not investigate the allegations that the Deputy Prime Minister Koco Angusev is using his position to win procurement contracts from public companies, and the sweetheart deals the Government signed with his hydro business to allow it to use publicly owned land.

The long list of corruption allegations involving the Innovation Fund, which keeps giving grants in the hundreds of thousands of euros to officials from the SDSM party and journalists who support he Government also hasn’t been investigated, even afer Angusev, former SDSM member of Parliament Hari Lokvenec, Zaev’s adviser Cvetanka Laskova and the newly appointed Finance Minister Nina Angelovska received such grants, as did family members of journalists Goran Mihajlovski, Saso Ordanovski and the Sloboden Pecat daily.

The crimes of a number of local SDSM party officials are also being ignored of treated with kid gloves – such as the brutal beating of a municipal employee by the Shuto Orizari Mayor Kurto Dudus. The SDSM appointed Mayor of Novo Selo Boro Stojcev was sentenced to only six months in prison for smuggling cigarettes to Bulgaria and resisting arrest, while the Mayor of Demir Hisar hasn’t been prosecuted even after threatening school employees that he is wiretapping their phones through the police. Prilep SDSM officials, including the Infrastructure Minister Goran Sugareski were recorded pressuring newly hired employees in the Prilep hospital to vote for Stevo Pendarovski and the Mayor of Delcevo Goran Trajkovski was filmed ordering several trucks of debris to be poured over the entrance to a company whose owner reported him to the Anti-Corruption Commission.

Zaev’s adviser Mile Zecevic collected 70.000 EUR in legal fees from the Skopje Water and Sewage utility company, which spent amazing half a million EUR hiring lawyers close to the SDSM party, but these allegations of corruption are not being investigated.

Prosecutors also ignored reports from Labour Minister Mila Carovska that several DUI party appointed officials in the PIOM retirement fund have misallocated 20 million EUR in retirement payments. A number of public procurement linked allegations against the DUI party, revealed by a US based whistleblower were also ignored by the prosecutors, who were far more interested in investigating how the man received the tapes that indicate corruption, than in investigating the actual corruption. All of this portrayed the state prosecutors service as politically dependent on the Zaev Government and revealed that it does not have the capacity to independently investigate Zaev’s associates.