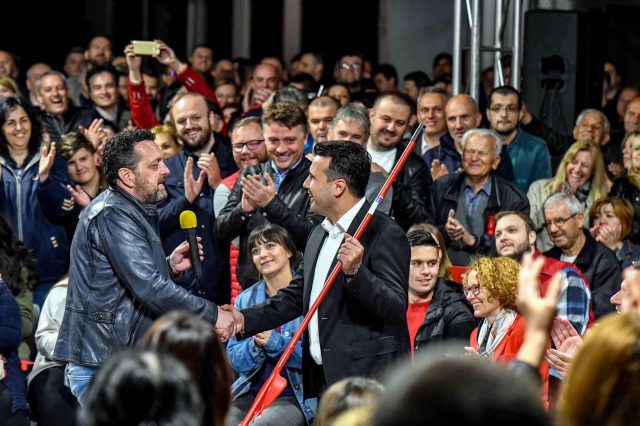 After losing about 200.000 votes in a year and half, and with red lights flashing all around him, Prime Minister Zoran Zaev’s first instinct was to threaten his underlings. During a post-election rally, still reeling from the shocking results, of his SDSM party, his partner DUI and dozens of smaller barnacle-parties, Zaev did a clearly staged stunt. He was approached by actor Dragan Spasov – Dac, one of his supporters who was promoted and then quickly resigned as head of the Macedonian National Theater after hitting a girl while operating his car drunk. Dac gave Zaev a broom – to much applause from the assembled supporters who interpreted the move as a signal that at least some of the numerous SDSM party officials accused of nepotism and corruption in the past two years will be dismissed.

But, the list of corruption allegations is long and the details are in short supply. Zaev can’t move before the second round of the elections on May 5th without rocking his boat even worse. Various SDSM factions are edging for power within the Government and favoring one over the others could bring Stevo Pendarovski’s vote count even lower. And then there is SDSM’s Albanian wing which is in an open feud with DUI, but removing DUI officials from the Government will also be politically tricky. 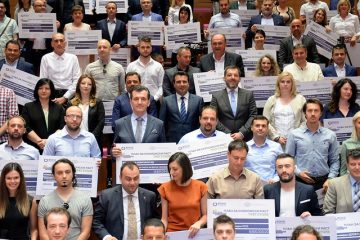 One of the first scandals to hit the Government was the allocation of million of euros to companies tied to SDSM party officials, their relatives and their favorite journalists, through the Innovation Fund. Often basic and pedestrian “innovations” received fake grants totalling hundreds of thousands of euros, in many instances to companies who donated to the party as a clear payback with public funds, or even to the companies of Zaev’s richest Government member – Koco Angusev. But, Zaev failed to hold Angusev to account in this case. The Innovation Fund director is close to his deputy Radmila Sekerinska. It’s still a prime opportunity for his “operation broom”. Will Zaev take it? 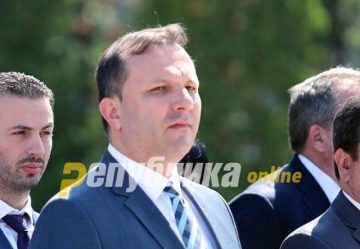 Meanwhile the list of Government members who offered to resign but Zaev held on to them is actually pretty long. Interior Minister Oliver Spasovski, who leads Zaev’s campaign of persecution against political opponents, offered to resign when Nikola Gruevski walked out of the country and went to Hungary to claim political asylum. “The capacity of the Interior Ministry is such as it is, and if we look for responsibility in everyone, we would be replacing the Government and its ministers every 15 days”, Zaev said then. 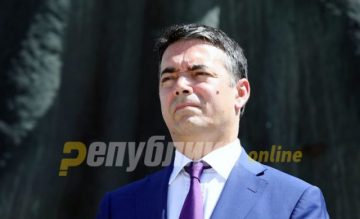 Foreign Minister Nikola Dimitrov also allegedly offered to resign after the utterly failed September 2018 name referendum on the treaty he signed with Greece. The resignation letter was leaked online. Dimitrov denied it. Spasovski threatened the leakers. The name deal was rammed through Parliament employing the “Balkan approach” encouraged by EU Commissioner Johannes Hahn – using blackmail of members of Parliament. Dimitrov still holds his position, bruised after not being nominated as the SDSM presidential candidate. 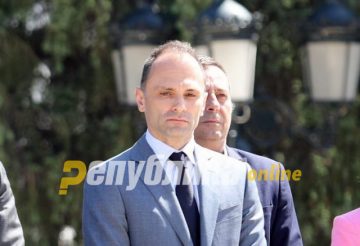 Healthcare Minister Venko Filipce singlehandedly ruined public trust in the ability of the Ministry to competently conduct the vaccination process. He regularly approves procurement orders hospital managers send out to suppliers they control, stopped and then greatly inflated the price of the new Skopje clinical center, faces a deadly measles epidemic. Like Dimitrov, after one measles death case it was reported that Filipce offered to resign, but the report was denied. A strong “operation broom” candidate.

Culture Minister Asaf Ademi was reportedly on the verge of resignation after an outcry from the cultural elite of Skopje, many of them Zaev supporters, angry that their annual financial support from the Ministry was cut in favor of nationalist Albanian projects favored by Ademi. Ademi also tried to ban the movie Mocking of Christ because of the unfavorable portrayal of Albanian terrorists in the 2001 war. 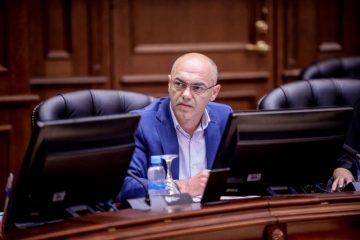 If Deputy Prime Minister Hazbi Lika were asked to resign, how will we know? The former terrorist commander is in charge of the Albanian issues department of the Government and the 2001 Ohrid treaty, but even Zaev was forced to admit that Lika does not come to work. After the revelation perpetuated the stereotype of an Albanian public sector employee hired under the Ohrid treaty who is paid to stay at home, the Government briefed the press that the issue has been resolved and Lika is now often seen coming to the Government building and attents Government sessions. As a reward, a process is initiated to elevate his directorate into a full Government Ministry.

Old fashioned corruption is the charge pinned on Labour and Welfare Minister and social issues firebrand Mila Carovska. She failed to disclose the property of her long term partner and father of her child, even after he received significant public sector contracts for his drone operating company, and was even reportedly working to get a huge contract from the city of Skopje. Carovska was about to resign, but not over this case – her fault was that she initiated a criminal investigation against DUI officials in the PIOM Retirement Fund, and DUI promptly asked for her head. After the embarassing results for Pendarovski, SDSM supporters called for her resignation over a move to greatly increase prices for farmers and traders at the farmer’s markets – a very unpopular move which prompted protests. But, as in the other examples above, she has backing and would be difficult to “broom” – the left wing activist groups which support her vield significant clout in SDSM.

Also, the dozens of members of Parliament, and Government and party officials, who were found to have influenced the hiring of their spouses or relatives to well paid public sector jobs. Virtually no faction, party or informal group in the SDSM – DUI coalition would be left untouched if “operation broom” is initiated on these grounds. And yet, it is these cases that anger the ordinary voters the most. Maybe Minister Damjan Mancevski would be a good choice here, after his endorsement of the tactic, when he insisted that SDSM must hire its own because they were allegedly discriminated against for over a decade.

But, in the end, it remains as fact that Dac the actor was one of the very, very limited group of people actually to be removed from office over a wrongdoing.