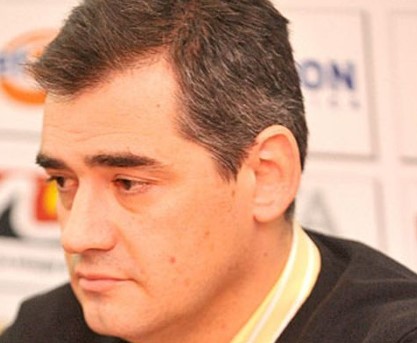 The Macedonian basketball federation issued a press release distancing itself from the actions of its former head Daniel Dimevski, who apparently leveraged his position as adviser to SDSM party leader Zoran Zaev to grab a lease on parts of a sports center in downtown Skopje for a ridiculously small sum of money.

Dimovski got a lease on a part of the Kale sports center, located just underneath the Kale fortress, for 30 years. For this, he will pay just a little over 600 EUR a month. This prompted an investigation by the Anti-Corruption Commission, given that at the time the contract was signed with a public company that manages the center, Dimovski was adviser to Zoran Zaev, who was still Prime Minister.

The contract also allows Dimovski to alter the purpose of the sports center, if changes to the zoning plans allow that. This prompted the public to speculate that Dimovski is angling to turn the center into something far more profitable, using his political clout.

We have absolutely no involvement in this, the current President of the basketball federation Pero Antic said. “We urge those involved not to mention us in connection with thei criminal plots”, the federation said.

Dimovski insisted that the contract he signed will apply only to the currently unused swimming pool in the center, and the parking area, which he promised will remain in use as parking, and will not be re-purposed for commercial development.