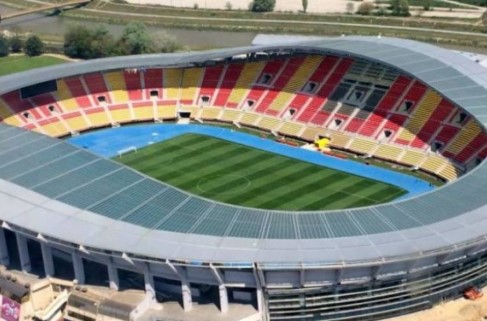 Not only is the football match between Macedonia and Kosovo going to be played in front of the empty Philip II stadium, but the Interior Ministry said it will break up groups of fans who gather in groups to watch the game.

It is considered a high risk event, due to nationalist emotions such games have sparked in the past. The winner has a chance to qualify for the next European Championship. Kosovan fans and ethnic Albanians in Macedonia were planning to massively attend the game, as were Macedonian fans, raising fears of a possible clash. Now that the game will take place without audience, due to coronavirus fears, the threat of confrontations is still serious, especially given the recent push to prosecute Macedonian Vardar fans by the newly appointed First Deputy Prime Minister and former Albanian hooligan group leader Artan Grubi.