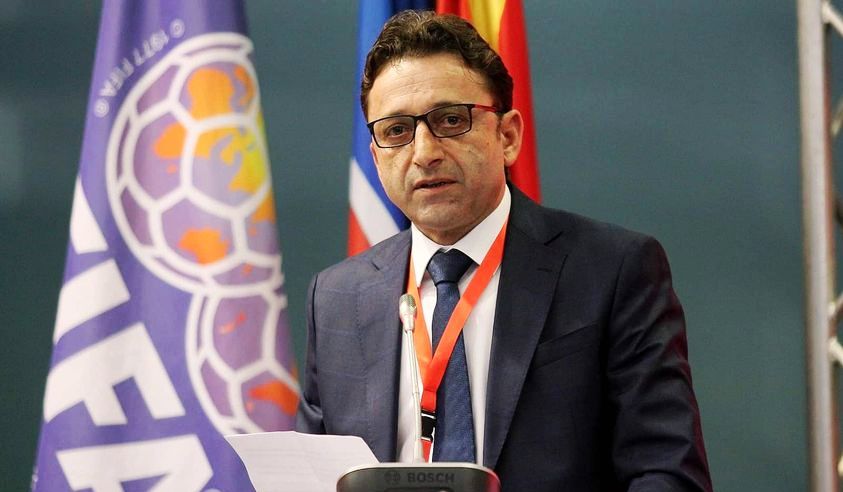 The Football Federation of Maceodnia (FFM) presented letters from FIFA and UEFA, signed by their general secretaries, expressing support to FFM as it faces pressure from the Macedonian Government. FFM President Muamed Sejdini (pictured) is facing attempts by the Government’s Youth and Sports Agency to have him removed from the helm of Macedonia’s largest sports federation.

Sejdini is preparing a congress of the federation which will vote on his leadership. The Agency, led by former handball player Naumce Mojsoski, a person close to the ruling SDSM party, demands that FFM changes its statute and is using this dispute to pressure Sejdini before the vote.

In the letters sent by FIFA and UEFA, who frequently protect national organizations from pressures by their governments, it is stated that FFM should be allowed to organize the congress on its own, without outside interference. Any changes to the FFM statute should take place after the vote, FIFA and UEFA advise.

At the same time, Mojsoski’s Agency is exerting pressure on the handball federation as well, but the attempts to remove its president Zivko Mukaetov failed.