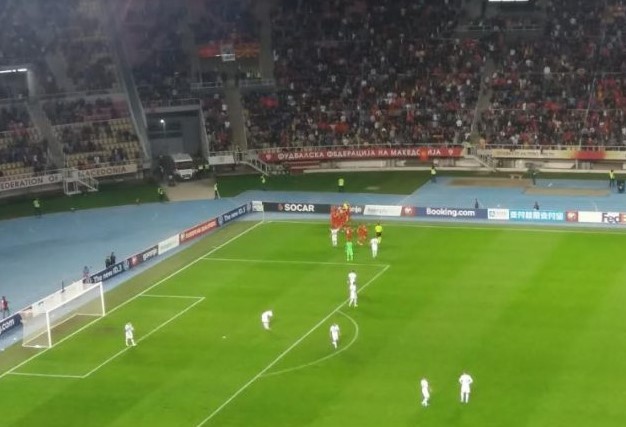 Some 15.000 football fans who cheered the Macedonian team in its victory against Slovenia yesterday were often heard chanting “Never North – Only Macedonia”

The slogan became an unavoidable part of all sport competitions, especially when the organizers insist on using the imposed name “North Macedonia”.

Politicians who support the Prespa treaty, but also wanted to congratulate the big football win, were at pains what to say. President Pendarovski tweeted a message to “our football players”, omitting the name of the country, but using a Macedonian flag emoji to say who was it that won the game.

And meanwhile the Facebook page of Elif Elmas, the Napoli player who scored both goals for Macedonia, congratulated the fans using just Macedonia. He quickly received a note of congratulations from another sport legend, Stojance Stoilov, who famously rejected the imposed “new name” when his handball team Vardar won its second European Championship earlier this year. 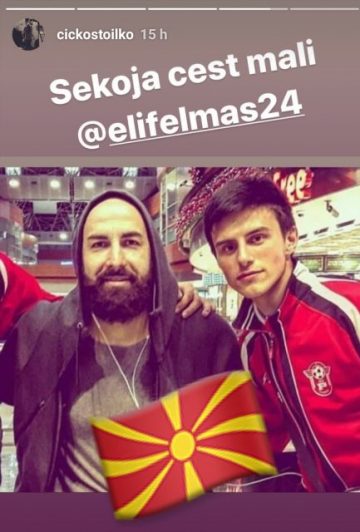