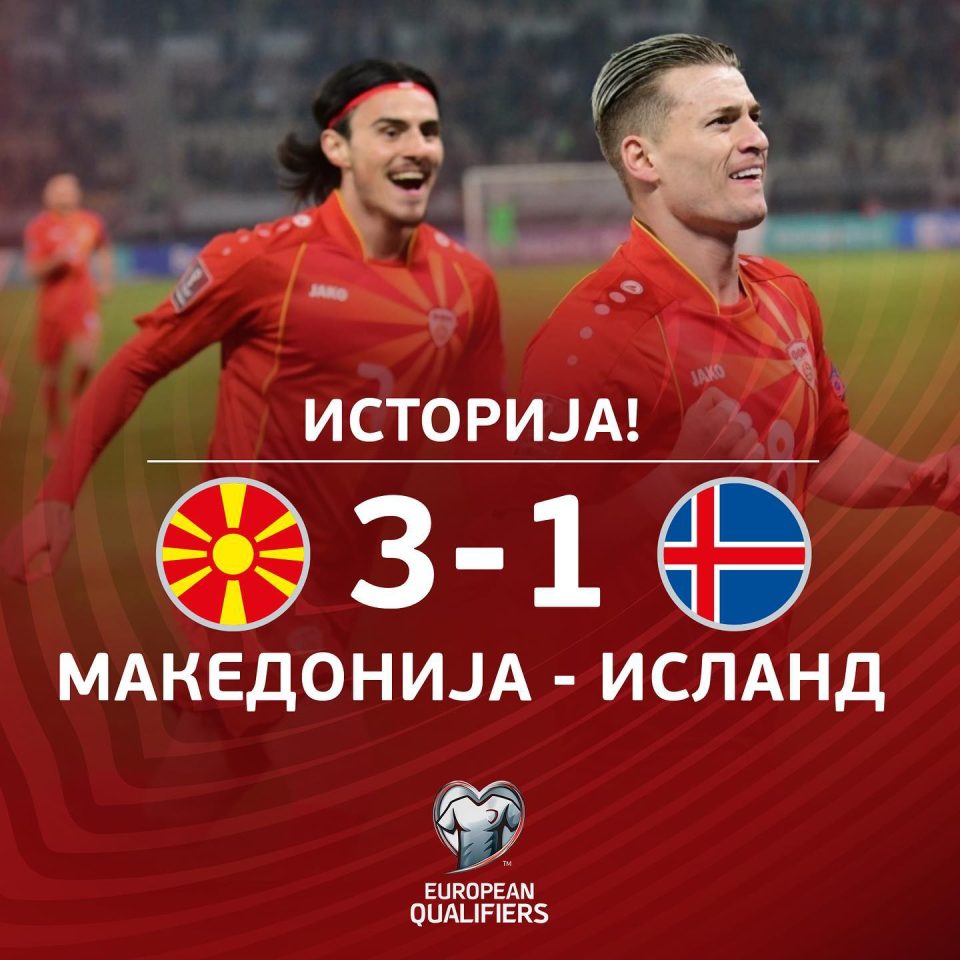 With inspired play, Macedonia defeated Iceland in its final Group J World Cup qualification game, and secured a place in the second round of the UEFA qualification. There, 12 teams will play for three places that take them in the World Cup.

Macedonia entered the game with one point advantage over Romania in the fight for the second place in Group J, behind Germany. Romania had an easy task against Liechtenstein, meaning that Macedonia knew that only a victory against Iceland will assure a place in the second round. And the team acted accordingly.

Alioski opened the result early, in the 7th minute, scoring after a deft pass from Trajkovski. Macedonia continued to dominate the game, and scored another goal in the 41st minute through Curlinov, but it was ruled offside. Several other good chances marked the first half, but Iceland at times showed that they can be dangerous on the counter-attack.

This threat materialized early in the second half, when Thorsteinsson scored in the 54th minute, and the away team quickly had another chance, causing panic in the Macedonian team and silence among the 17,000 fans at the Philip II of Macedon stadium in Skopje.

But Elif Elmas took matters in his own hands, and brought Macedonia ahead again in the 65th minute, after a pass from Alioski. Johannesson was sent off 15 minutes later after fouling Elmas, allowing more openings for Macedonia, and Elmas sealed the score in the 86th minute. His only lapse in the game was being awarded a yellow card that will leave him ineligible for the second round. Romania predictably beat Liechtenstein 2:0, but remains a point short behind Macedonia. As soon as the game of done, celebrations erupted on the stands and on the pitch. Macedonia now awaits to see the draw for the second round, that will be played in March.