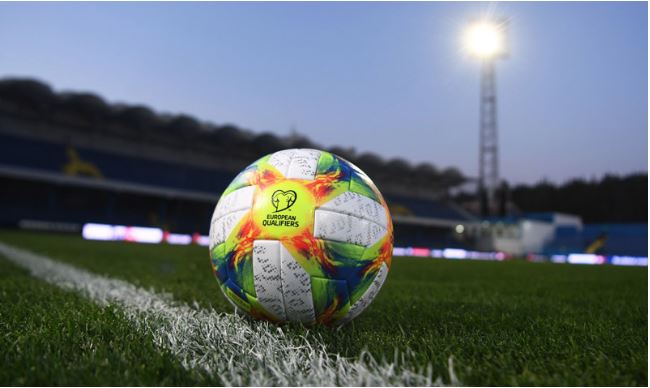 England meanwhile also made it two wins out of two with a 5-1 victory in Montenegro, and Turkey are another team with a 100-per-cent record after defeating Moldova 4-0.

In Saint Denis, Kylian Mbappe’s cross was headed in by Samuel Umtiti in the 12th minute to put France ahead against Iceland in Group H.

Olivier Giroud then scored from close range for a second in the 68th, Mbappe was on target in the 78th on a pass from Antoine Griezmann, before returning the favour with a back heel allowing Griezmann to make it four with a deft finish six minutes from time.

Giroud has now gone clear of David Trezeguet to third on 35 goals in the France all-time goalscorers’ list, behind only Michel Platini (41) and Thierry Henry (51), as France followed up an opening 4-1 win in Moldova.

France captain and keeper Hugo Lloris said: “It’s a great satisfaction to get the three points today and we enjoyed it a lot.

“It was a great team performance. Obviously to score four goals is always positive. We were very focused and concentrated defensively too.”

He added: “We’ve only played two games and there are many games ahead of us. We expect a tough game in Turkey in June.”

In Group B in Lisbon, Portugal lost talisman Ronaldo after half an hour against Serbia when the Juventus forward pulled up with a suspected hamstring problem.

Serbia went in front when Dusan Tadic scored from the penalty spot in the seventh minute after Rui Patricio fouled Mijat Gacinovic.

Danilo Pereira levelled three minutes before half-time but Portugal were left with a second home draw after starting goalless with Ukraine.

In the same group, Luxembourg’s Gerson Rodrigues scored an own goal in stoppage time to give visiting Ukraine a 2-1 win.

England, who began their campaign with a 5-0 thrashing of the Czech Republic, went behind to Montenegro in Podgorica but recovered for an easy 5-1 victory in Group A.

Marko Vesovic put the home side ahead in the 17th minute but defender Michael Keane headed in a Ross Barkley free-kick on the half hour.

Barkley diverted in a 38th-minute shot from teenage winger Callum Hudson-Odoi on his first start, and bagged his second in the 59th minute before Harry Kane made it four from a Raheem Sterling pass, and Jordan Henderson set up Sterling to grab the fifth nine minutes from time.

There were reports of racist abuse of some England players during the match, and England manager Gareth Southgate said: “I definitely heard abuse of Danny Rose when he got booked at the end of the game. There’s no doubt in my mind that happened and we’ll report it to (European body) UEFA. It’s not acceptable.”

Southgate was otherwise pleased with the team’s all-round performance.

“The game was a simple one in that we talked all week about using the width,” he said.

“Our wingers were incredibly productive on the night. Young Calum Hudson-Odoi, fabulous performance.

“And for the team to recover from going a goal behind in a place that’s been very difficult for us before, showed some good character, it was a good test for them.”

In the same group, Kosovo began their first Euro qualifying campaign with a 1-1 draw with Bulgaria in Pristina.

Vasil Bozhikov headed in from a corner for the visitors in the 39th minute but Arber Zeneli levelled just after the hour to avert a first defeat in 12 games.

In France’s group, Albania won 3-0 in Andorra, and Turkey made it two wins out of two by beating Moldova 4-0 in Eskisehir.

Everton forward Cenk Tosun scored a brace after Hasan Ali Kaldırım opened the scoring, and Kaan Ayhan completed the rout for Turkey, who had begun their Euro campaign with a 2-0 win at Albania on Friday.