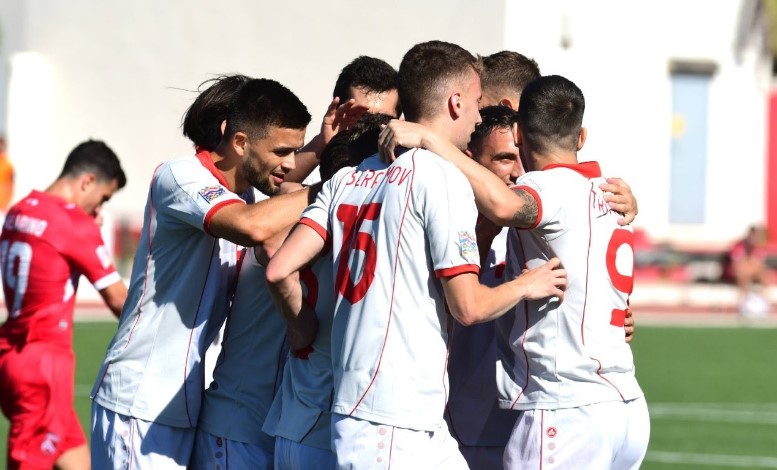 The Macedonian national football team won Sunday’s match against Gibraltar with a triumph of 2-0 (1-0) and recorded its first victory in Group 4 of the C-Division in the UEFA Nations League.

The selected players of the coach Blagoja Milevski took the lead in the 20th minute with the tenth national team goal of Enis Bardi, and Boban Nikolov sealed the victory in the 84th minute.

After the introductory draw against Bulgaria in Razgrad and the victory over Gibraltar, the Macedonian national football team will complete the June cycle in the Nations League with two matches at home.

Georgia will play at the “Todor Proeski” National Arena in Skopje on June 9, while the return match against Gibraltar will take place next week.