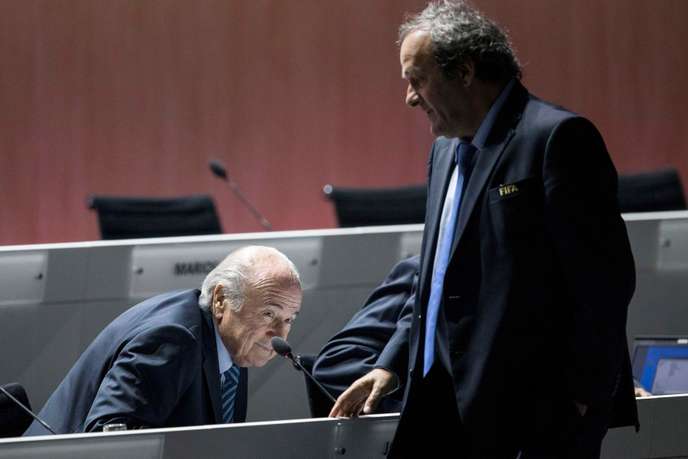 Saudi Arabia is taking advantage of the suspension of the former UEFA president to make a strong transition into the world of football. And this is no coincidence. Exclusive investigation… In ancient Rome, Judge Lucius Cassius, renowned for his honesty and wisdom, was constantly wondering before making a decision: “Cui Bono”, “Who benefits? ». The famous formula has not aged a bit. It even applies to the world of football. Since its four-year suspension, which will end next October, Saudi Arabia has taken advantage of Michel Platini’s absence to set up its pawns in the middle of the game. The question is therefore on everyone’s lips: are the Saudis behind the plot against Michel Platini to keep him out of the football world? A litany of overwhelming elements support this hypothesis.

Platini: intimate enemy of the Saudis

It is common knowledge that the Wahhabi kingdom has been considering the former president of UEFA as an intimate enemy since December 2, 2010, the day Qatar, the hereditary rival, obtained the organization of the 2022 World Cup. The former captain of the French team never concealed the fact that he had spoken out for the Qatari bid, as he publicly assumed in an interview with the Spanish magazine Don Balon in March 2011.

A transparency that Michel Platini has been paying a high price for. In the highest circles of Saudi power, every effort has always been made to prevent Michel Platini from becoming FIFA’s patron. It all began in November 2014 with the grand tour of Sepp Blatter in Saudi Arabia. At that moment, the world football boss, determined to represent himself, finally found the ideal allies to liquidate his frightening competitor. With his unparalleled staging skills, Sepp Blatter, with tremolos in his voice, inaugurated a FIFA-funded artificial football pitch in Riyadh as part of the Goal development project. It is easy to understand the emotions of “Super Blatter” to come to the aid of this poor federation fed by billions of petrodollars. The climax of this comedy will be reached by the opening match of the “Golf cup of Nations” between Saudi Arabia and…Qatar. In short, a Sepp Blatter match against Michel Platini. Thus, the real reasons for this trip did not lie in this farce but in the less noble and simply oblique objective of conspiring against the former number 10 of the French team. A fact that is still evident today. The very powerful and controversial Turki al-Sheikh, minister very close to Crown Prince Mohammed Bin Salman, cuts the football legend with a chainsaw in a tweet dated 21 June 2018: „People close to Platini are trying to contact me and I am clearly telling them that I am not honored to do so. Platini walked out of the small door and is never supposed to come back again.“ An adamant certainty that disturbed football observers. How can Turki al-Sheikh be so sure that the former captain of the French team will never set foot in the world of football again? Turki al-Sheikh, president of the Arab Clubs Union, is now one of the most influential figures in world football. On April 16, while travelling in Morocco, the “Saudi Footballer” visited Mohammed VI at the Royal Palace in Rabat, to announce with great fanfare that the 2020 edition of the Arab Club Cup would be renamed for the occasion the Mohammed VI Cup. A lovely gift to the King of Morocco to make him forget recent quarrels. The monarch had expressed anger that the Saudi voice was speaking out on the United States’ bid on 13 June 2018 in Moscow, on the occasion of the election of the host country of the 2026 World Cup for which the Cherifian kingdom would compete.

The king of “give and take”

Turki al-Sheikh is a fan of the “give and take” method and never does anything without ulterior motives. No interest. His best friend is now Gianni Infantino, the FIFA President. Michel Platini’s former right-hand man at UEFA miraculously became the world’s football boss in February 2016 after the difficulties experienced by the former No10, who was forced to withdraw his interest in the FIFA presidency.

A merchant in the footsteps of his predecessor Sepp Blatter, Gianni Infantino will thus consolidate relations with the Saudis. It could not be otherwise. Renowned for his fascination with money and the power it provides, Gianni Infantino had the ideal profile to help the Saudis make their nest in the world of football and thus copy the Qataris who have acquired an international aura through their investment in the sport. A soft power strategy, as it is called in international relations, which the Saudi Arabs now want to use as a way of passing for more massive investments abroad, such as Qatar in Paris Saint-Germain. “They want to invest in a club very soon, in a completely different dimension than the former president of the football federation Turki Al-Sheikh at Pyramids FC in Egypt,” we are told. Prince Ben Salman dreamed of a takeover of Manchester United before being refused.

The Saudis are trying to copy the Qatari model

In the French newspaper Le Monde, Emirates blogger Shuaib Ahmed, a specialist in Middle Eastern football, explains: “Sport has been identified as a lever of influence by the Saudi authorities, who are determined to catch up with Qatar”. This is confirmed by Turki al-Sheikh, in the Western media such as CNN: “We slept for years but we woke up, and we will obtain results that  will amaze the whole world”.

A plan often executed with brutality, as when the Saudis launched their “BeoutQ” channel in August 2017, two months after the Gulf countries decided to boycott Qatar. “BeoutQ” which broadcasts all sports programs for which its Qatari rival Bein Sports holds the rights. Against a $107 decoder, the Saudis illegally took advantage of the Champions League, the 2018 World Cup and the 2019 Asian Cup. A serious matter of sports right piracy which FIFA has long ignored before – pressed by UEFA and most European professional leagues – co-signing a press release confirming BeoutQ to be an “illegal entity”. Another source of suspicion is the energy deployed by Gianni Infantino to open the 2022 World Cup to 48 teams from the 32 initially planned and thus force Qatar to share this prestigious event with its neighbours. A project that Gianni Infantino would like to propose to the vote at the next FIFA Congress in June in Paris. Many football protagonists, starting with Alexander Ceferin, UEFA’s new president, consider Gianni Infantino to be Mohammed Ben Salman’s puppet.

The main reason for this discord is an operation that the FIFA President is secretly and hastily planning with the Saudis, called “Project Trophy”. Gianni Infantino wants to launch two new football tournaments: the 24-aside Club World Cup and the Global Nation League. For that, Softbank, is ready to invest 25 billion dollars! Softbank manages the world’s largest private equity fund. The first and largest investor of the latter is, not surprisingly, the Saudi sovereign fund, which weighs 45 billion dollars out of a total of 93 billion. A connaisseur of FIFA said: “Saudi Arabia’s proximity to the ”Trophy“ project is obvious. There is a risk that FIFA may indirectly sell the core of its business to Saudi Arabia.” In addition, at the time of the birth of the “Trophy” project, Gianni Infantino visited the Saudi King’s palace three times to talk about “cooperation”. Two visits in December 2017, then one in May 2018. Such frequency of meetings between the leaders of a state and the FIFA President are very unusual.

In the background, a trusted man of Gianni Infantino, follows with great vigilance the follow-up of the case. His name: Mario Gallavotti, an Italian like him and a 70-year-old Italian lawyer who has established very close business links with many Saudi pundits over the course of his career. He was the main architect of the Italian Super Cup between AC Milan and Juve in Jeddah last January (0–1). A rather crude propaganda aimed at making people forget the Khashoggi affair or the horrible conflict in Yemen, which makes Saudi-Arabia a country considered barbaric by a large part of the international community. Mario Gallavotti, long considered a leading attorney in proceedings before the Court of Arbitration for Sport (CAS) in Lausanne, followed his friend Gianni Infantino to Zurich to take up the hybrid and mysterious position of Director of the “FIFA Independent Committees”. According to our information, Mario Gallavotti is of interest to many investigative journalists and foreign intelligence services today. Funny, for a while, Mario Gallavotti had been proposed to defend Michel Platini’s interests at the very beginning of his troubles with the FIFA Ethics Committee. Not sure that the two men share the same philosophy unless the Machiavellian Gallavotti only wanted to precipitate the fall of the former UEFA president.

FIFA President Michel Platini would certainly have thwarted the Saudis’ plans. A return of the triple ballon d’or winner would appear as a real nightmare for MBS and its clique. And this hypothesis is now becoming more and more vigorous.