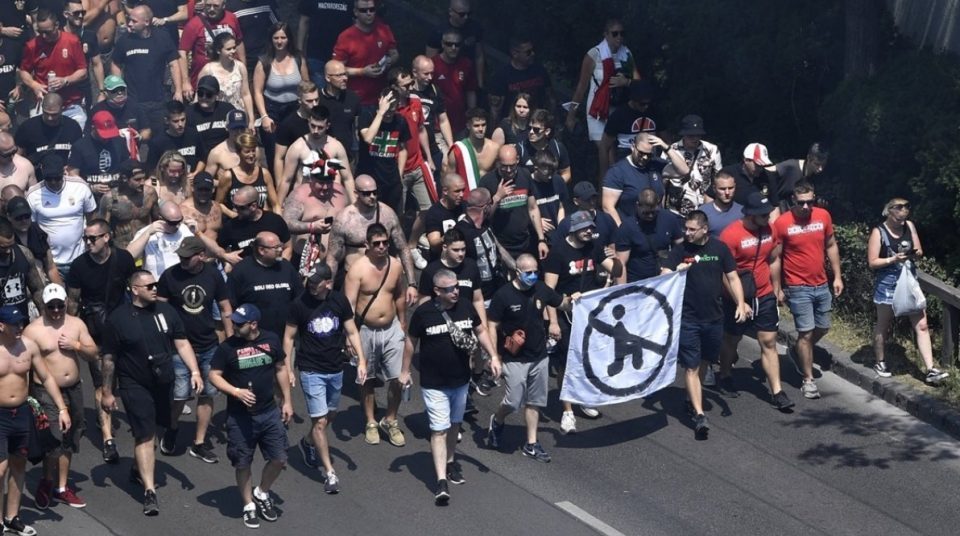 The Puskás Aréna in Budapest sounded like a real battlefield during the EURO 2020 match between Hungary and France, all thanks to the Hungarian fans who wholeheartedly cheered on the Hungarian teal to a surprise draw (1: 1), and sent a message rejecting to “kneel” before the match.

The brave Hungarian footballers managed to get two draws in the “group of death”, to win two points and to say goodbye to the European Championship with dignity.

More than 60,000 people attended the match, and the real explosion occurred after the goal of Attila Fiola, who approached the spectators.

One of the reporters commented that it was the loudest noise he had ever heard in a football stadium.

The loudest noise I’ve ever heard in a football stadium.

In addition, Hungarian fans booed the kneeling as a sign of solidarity against racism at a game, which grew from its basic idea, a demand for racial equality in the United States, to political propaganda, above all, against former US President Donald Trump.

Earlier, the kneeling also triggered negative reaction in Russia, which was also discussed by the coach Stanislav Cherchesov, and the Hungarians went a step further, because the Prime Minister Viktor Orban also spoke about that occasion.

I do not want to kneel. When you are a guest in a country, you must understand its culture and not challenge it. The fans reacted as they did to the provocation. Hungarians only kneel before God, before their country and their future wife, Orban said.

A Serbian commentator also shared part of the atmosphere from the match between France and Portugal in Budapest.