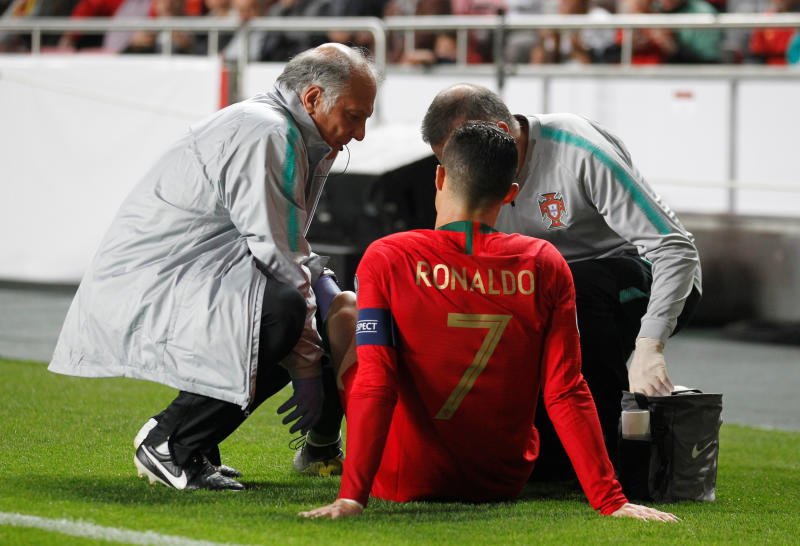 Ronaldo pulled up with what appeared to be a hamstring injury when sprinting after the ball and was substituted in the 31st minute.

Serbia led at the time after Dusan Tadic’s early penalty but the hosts equalised through a spectacular 25-yard strike from Danilo Pereira.

Euro 2016 winners Portugal have begun their defence with two draws at home.

They were held to a scoreless draw by Ukraine on Friday.

Portugal thought they had a penalty when the referee pointed to the spot after the ball hit the outstretched arm of Antonio Rukavina from Andre Silva’s close-range header.

However, after conferring with an assistant, the official reversed his decision.

The hosts were also lucky to finish the game with 10 men as Pepe, who was booked in the first half, caught Tadic on the ankle in the 57th minute, but escaped further punishment.

They had to play without 34-year-old Ronaldo for the final 59 minutes after he picked up an injury in only his second international appearance since last summer’s 2018 World Cup.

His club, Juventus, are 15 points clear at the top of Italy’s Serie A and face Ajax in the Champions League quarter-finals.

The first leg takes place in Amsterdam on 10 April, with the return leg in Turin on 16 April.