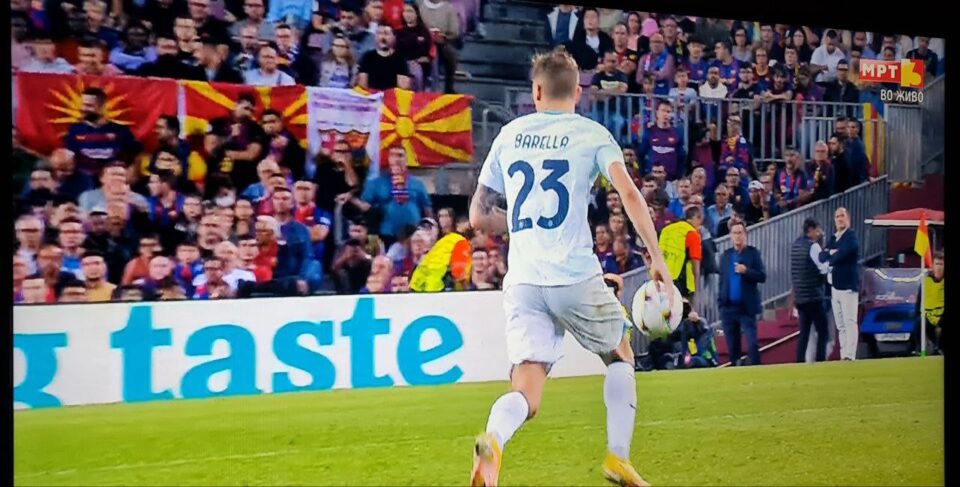 Last night the world saw the Macedonian flag and the Kutlesh Star flag on the stands of Camp Nou in Barcelona. At the stadium of the Spanish club, a very dynamic match between the host and Inter Milan was played. Following Nicolo Barella’s action, the camera at one point showed the stands with Barca fans, where the three Macedonian flags were flown.