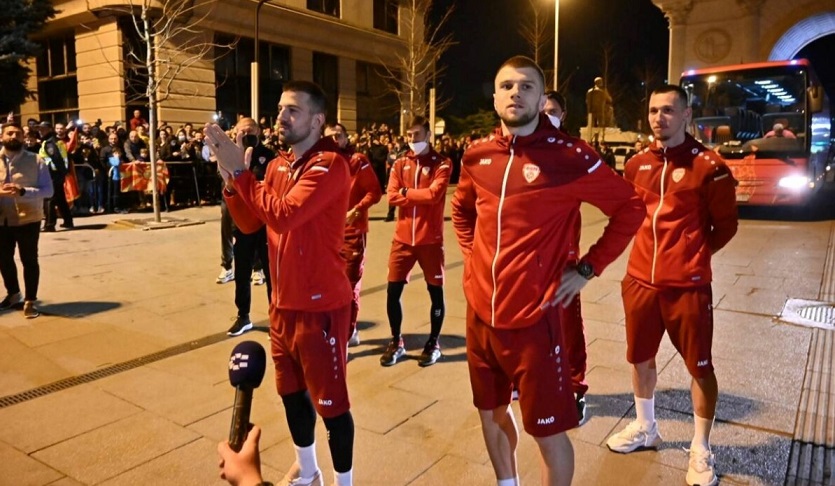 The UEFA protocols were the reason why the Macedonian national football team had a modest reception on the “Macedonia” square after the team scored victory in the play off against Italy for the 2022 World Cup.

UEFA does not allow grouping of players with people outside the team, so the gathered citizens were greeted only by the coach, Blagoja Milevski, as well as several players, including the scorer of the winning goal, Aleksandar Trajkovski, and the captain, Stefan Ristovski. 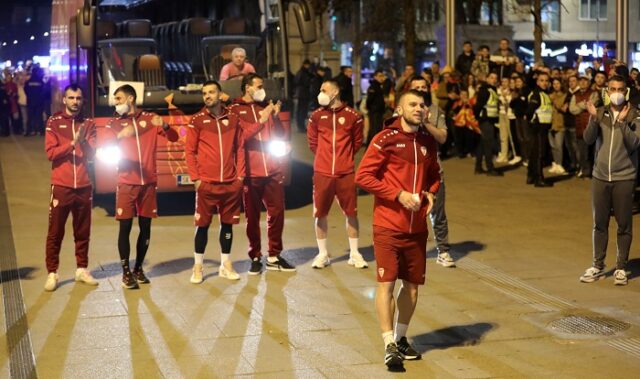 They addressed the audience and thanked them for all the support they received before and after the game with Italy. 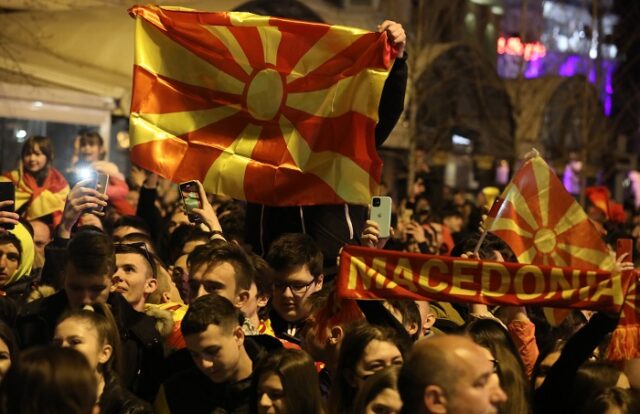 At the same time, the thousands of gathered citizens received a promise that the players will leave their last atom on the field against Portugal, in order for Macedonia to rejoice in a historic performance at the World Cup in Qatar. 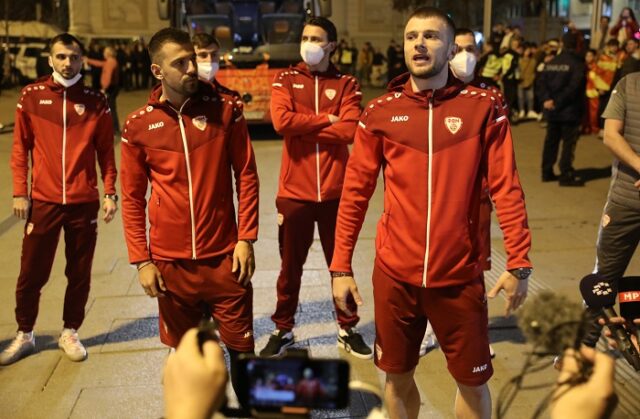 The match against Portugal is played on Tuesday in Porto, starting at 20:45h.

The football players had one wish and the authorities didn’t fulfill it: They were welcomed as smugglers at Blace rather than as heroes on the square