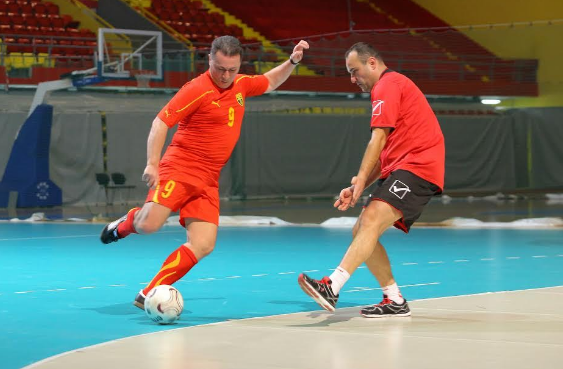 Former Prime Minister and VMRO leader Nikola Gruevski congratulated to the Macedonian national football team on its historic win that brings them to the European Championship.

Congratulations for the first ever place in a European football championship. Congratulations to all the players who contributed and to coach Igor Angelovski, whose arrival to the team in 2015 brought a new driving force to the team. And congratulations to Goran Pandev, who scored the decisive goal and has been the pillar of the team for years now, Gruevski said.

In his comment he points to the hard work that helped turn around the once famously underperforming team, such as the opening of a football academy that created the basis for this team, and the opening of 50 new football fields and the grand arena Philip II of Macedon. “With infrastructure in personnel and on the ground, success is inevitable”, Gruevski said, naming some of the key people who contributed to the success. One of them is former Education Minister Spiro Ristevski, who has since been the victim of political persecution by the Zaev regime.

In a TV debate, former Prime Minister Ljubco Georgievski reiterated his positions that Macedonia needs to make serious concessions to Bulgaria and rewrite its own history. Georgievski, who holds a Bulgarian passport since the period he began facing persecution after his election loss in 2002, insisted...
Macedonia 02.03.21 | 14:36

The Constitutional Court faces difficult decisions, set to discuss “North” and the Law on Languages

Expats complain: It is easier to register in the census from Macedonia than from abroad

Simovski: Three years in prison for anyone who registers in the census app as if they were abroad

Census application breached, no hacking skills required: People in Skopje register as if they were in Serbia, Bulgaria