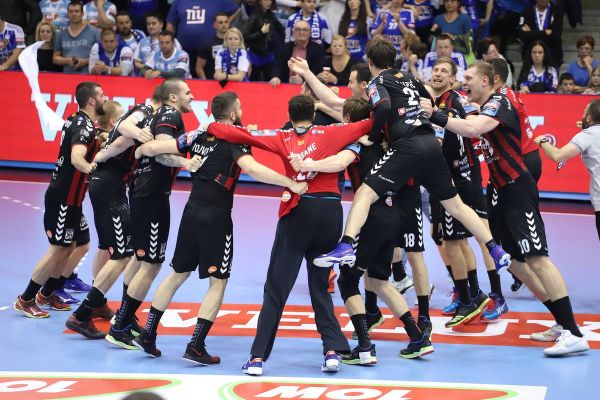 Macedonian handball champion Vardar again qualified for Champions League final after knocking out Spain’s Barcelona 29-27 in Kologne on Thursday evening. In Sunday’s final, the “red and black” team will play against Hungarian Veszprém.

Vardar made an incredible turn in the match against Barcelona and scored a victory over the favorite Spanish champion (29:27) in the second semifinal of the Final Four tournament of the handball Champions League. Although the Macedonian champion was trailing by 7 in the second half, Roberto García Parrondo’s team performed miracles.

Although Barcelona had the lead up to the 40th minute of the match, Vardar stepped up their game and began to melt the negative to reach the result 26-26 in the 57th minute and make a full comeback.

With Karacic’s goal, only 100 seconds left to the end, it was Vardar’s first lead with 27-26, and after the mistake of the opponent, Kristopans scored again, bringing a two-goal lead for the Macedonian champion. Stoilov put the final mark on the match with 29-27 and Vardar sensationally made it to the final of the EHF Champions League.