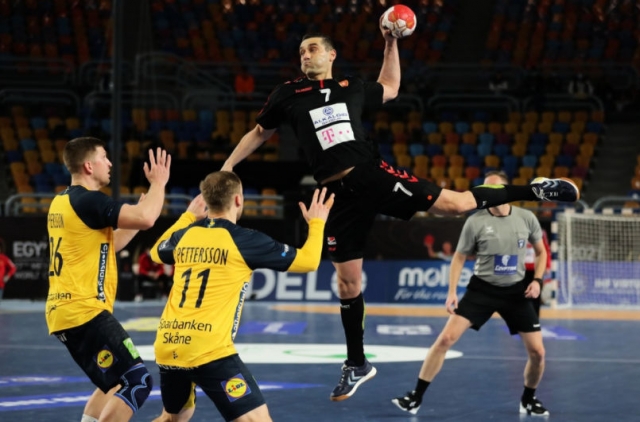 Sweden beat Macedonia 32:20 in its first match at the World Men’s Handball Championship in Egypt.

The defense was weak, especially in terms of the pivot player game. Nikola Mitrevski kept the team in the game and the solid attack in a situation when the Swedes had a suspended player, when with Stoilov and Pesevski together in attack, the team created  positions to score.

Zaev is hoping that Bulgarian President Radev can deliver, promises him victory in the next elections if he does

Macedonia loses 1:2 to Ukraine in another well fought game

Macedonia is down 2:0 against Ukraine at half-time

Football: Arnautovic banned for one game after his slurs against Alioski