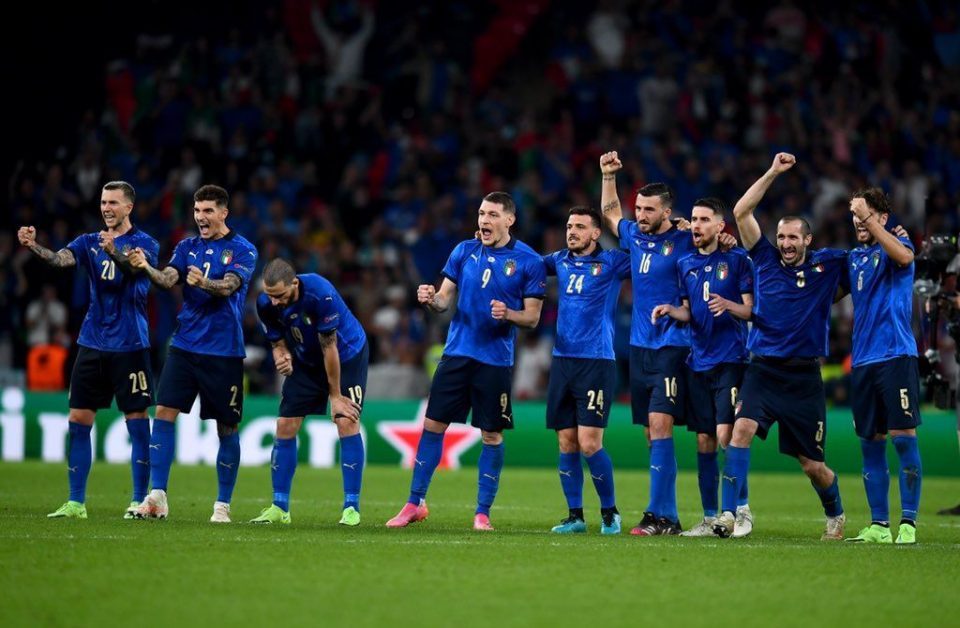 Italy won the European Cup after a tense penalty shootout against England at Wembley stadium.

The match ended 1:1. England went ahead in the 2nd minute through Luke Shaw, but Italy was firmly the better team for the remainder of the game and evened the score after a messy scramble in front of the English goal in the 67th minute. The extra time yielded no goals, and it was off to the penalties.

Italy went down first when Pickford saved the attempt by Belotti in the second round. But then Rashford tried and failed to lure Donnarumma and eventually hit the post. Sancho’s attempt in the fourth round was saved by Donnarumma. Jorginho wasted a match ball when Pickford saved his attempt in the fifth round, but then Donnarumma won the title for Italy when he saved Saka’s attempt, for a final score of 4:3.