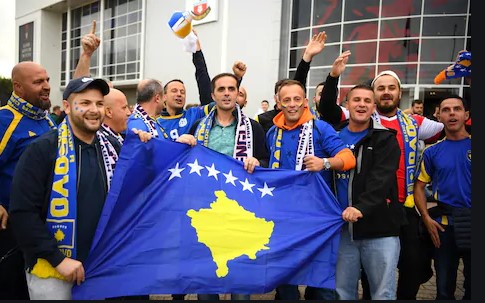 Even with three months to go, Skopje is already bracing for the football match between Macedonia and Kosovo, which can give the chance to one of the teams to advance to the 2020 European Championship.

The Philip II of Macedon stadium in Skopje was selected for the match scheduled for March 26th, even though games against neighboring teams which are seen at high risk of nationalist outbursts are often played elsewhere. According to Sport 1, organizers are fearful of confrontations between Macedonian and Albanian fans, especially at a time when tensions are high, and even President Pendarovski is asking football fans to back off from further confrontation.

And while, as organizers, the Macedonian football federation is able to restrict movement of visiting fans, just as many ethnic Albanians from Macedonia, especially members of the nationalist Shverceri and Balisti groups, are expected to try to get into the stadium. According to Sport 1, the Kosovan federation has asked to keep any Kosovo Albanian fans separate from the Macedonian Albanians, to avoid being blamed for any nationalist chanting. In theory, it’s possible that the Macedonian federation gets the blame for chants by ethnic Albanian fans supporting Kosovo who buy tickets as Macedonian citizens.