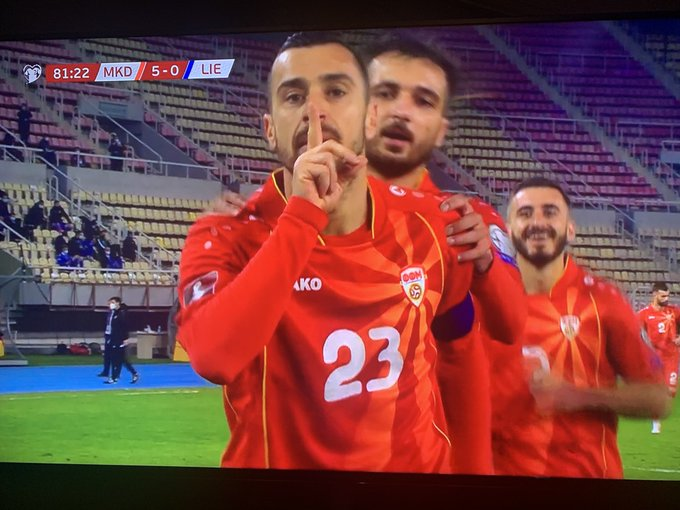 The Macedonian national football team scored an easy win against Lichtenstein in the 2022 World Cup qualifier.

This is the first win for our team in the Group J, after losing to Romania in a hotly contested game earlier this week. Bardhi scored the first goal for Macedonia in the 7th minute using a free kick and the result remained the same until half-time. But early in the second half, Aleksandar Trajkovski scored twice within two minutes. Elijif Elmas scored the 4th goal of the game soon afterwards, and Nestorovski set the final 5:0 with a penalty in the 82nd minute.