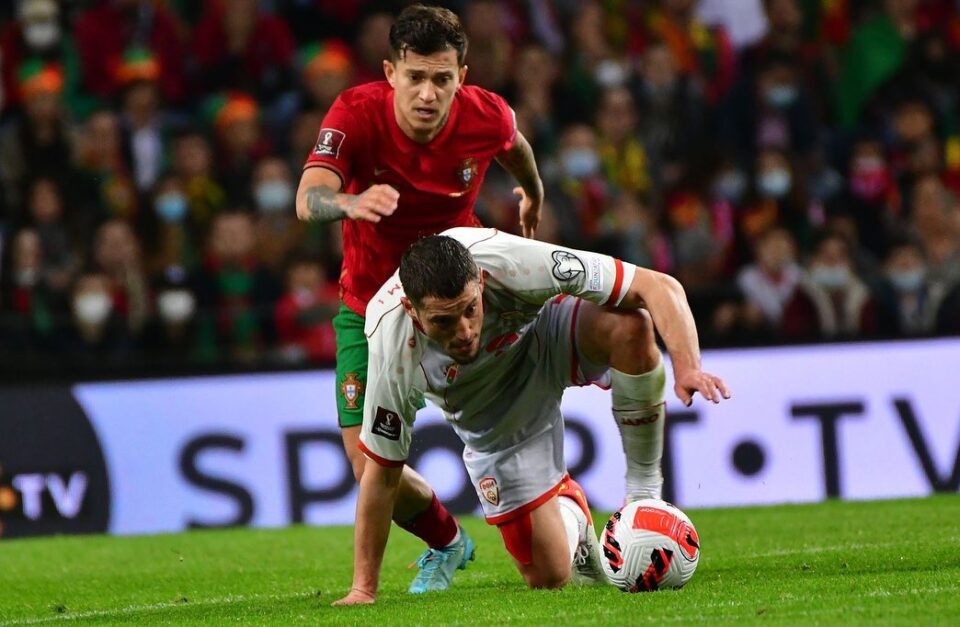 Macedonia lost to Portugal 2:0 in the crucial qualifier that meant a place at the World Cup for the winner.

After knocking out the reigning European champion Italy, demolishing another great European team in less than a week was too much for our team, although they put in an excellent showing, even more combative than against Italy. Portugal was the stronger team throughout, but Macedonia was creative in the midfield and dangerous before goal, with several good chances.

Both goals were scored by Bruno Fernandes, the first in the 32nd minute, from a badly misjudged pass by our captain Ristovski which was intercepted in midfield, after which Ronaldo and Fernandes easily combined before the goal.

The second goal, in the 65th minute, came at a time when Macedonia was dominating the game and was eager to even the score. The Portuguese went on a counter-attack and our defense failed to lay an offside trap, allowing a cross to find Fernandes.

This ends the campaign for our team, in which we got a step away from a historic first World Cup. On top of the win against Germany in the qualifications and the first ever European Cup last year, this is the latest high point for the Macedonian football team.

Mickoski: Our football heroes made history