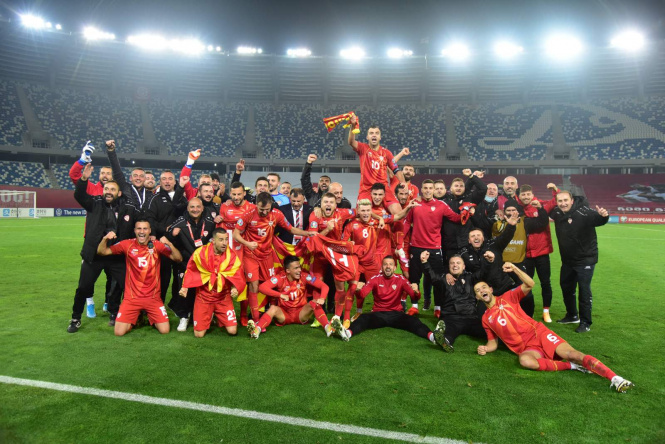 The Macedonian football team ranks 65th in the FIFA world rankings at the end of the year – three places better compared to 2019.

This comes after the historic success of the team to qualify for its first ever European Championship.

Belgium remains ranked best in the world, followed by France and Brazil. Hungary is the best improved team, going up 28 places to number 12 in the world.