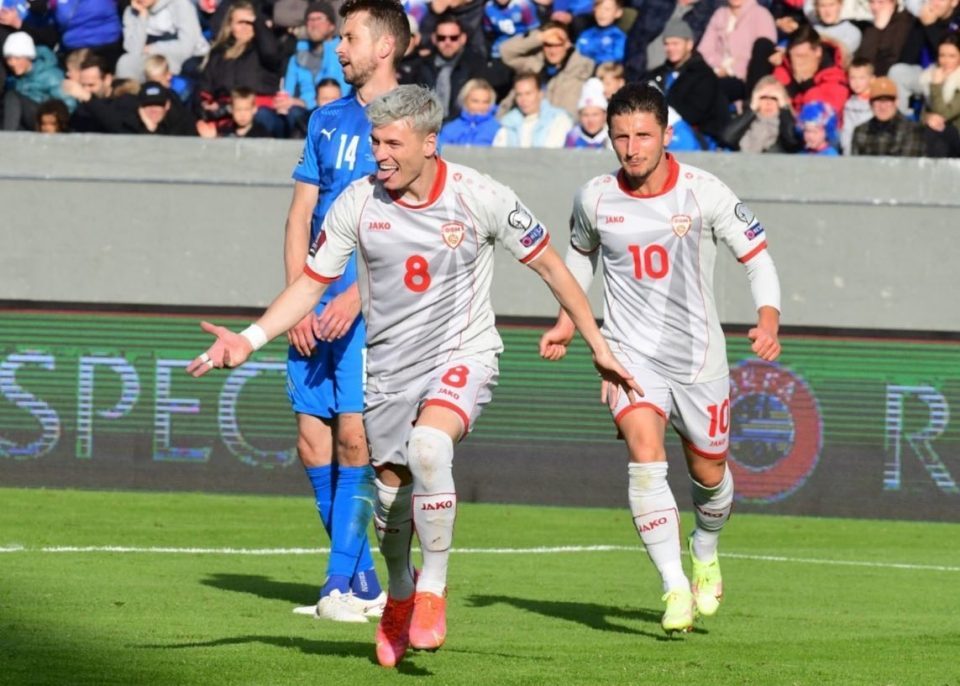 Macedonia snatched defeat from the jaws of victory in its World Cup qualifier in Iceland, and is on the verge of losing its chance to qualify for a second top international competition in a row.

Our football team took the lead early, in the 11th minute with a header from Darko Velkovski, and then scored again early in the second half through Ezgjan Alioski. After a disallowed goal for Iceland, it seemed that all Macedonia needs to do is cruise to victory.

But disaster struck in the final 10 minutes. Our star goal-keeper Stole Dimitrievski fumbled in the 78th minute, allowing Bjarnason to score, and six minutes later Iceland was even through Gudjohnsen. Macedonia is now fourth in the Group J, with 8 points, behind Germany (12), Armenia (10) and Romania (9). This dashes the hopes that were sky high after Macedonia’s surprise win against Germany.