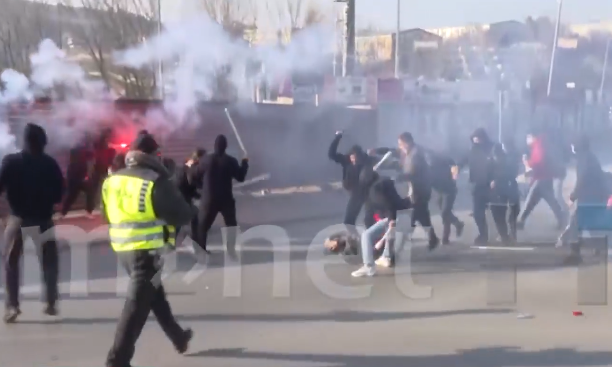 Brutal fighting broke out in Stip today between the fans of the local Bregalnica football team and Tikves from Kavadarci. The fan groups – Phalanx and Lozari, provoked a major incident after the Second League match.

The footage clearly shows that a number of fans were injured, and even the police was not spared as they tried to stop the fighting. There are still no reports about arrests.