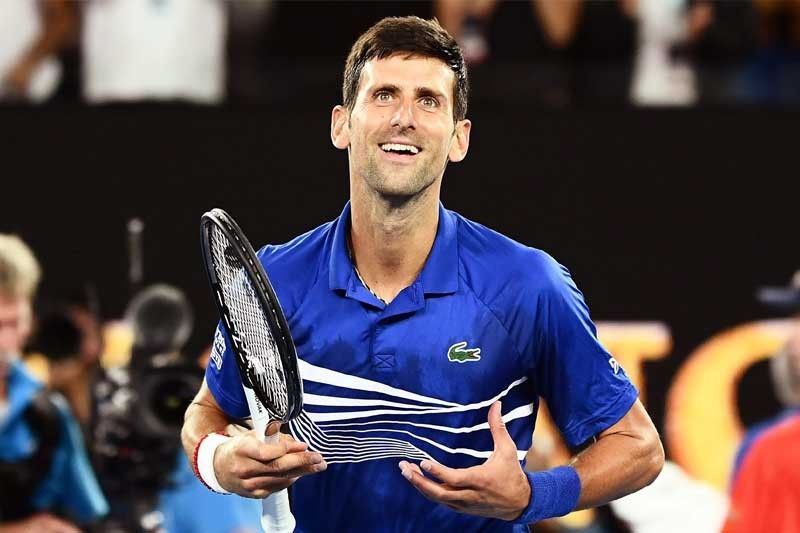 World number one Naomi Osaka had another major escape at the French Open on Thursday when she outlasted former Australian Open champ Victoria Azarenka 4-6, 7-5, 6-3, for a place in the third round.

Osaka, 21, was one point away from falling behind 5-2 in the second set and needed to save three break points in the opening game of the third as she rallied to victory in a thriller on Court Suzanne Lenglen which lasted 2 hour 50 minutes.

The Japanese stretched her win record at the majors to 16, having won the 2018 US Open and 2019 Australian Open. She also matched a Paris best with the third-round berth.

World number one Novak Djokovic had no such problems as he beat Swiss lucky loser Henri Laaksonen 6-1, 6-4, 6-3, and had more reason for delight because he won for the first time in Paris under the eyes of his four-year-old son Stefan, naming it “very special.”

Osaka had struggled in her first-round comeback win against Anna Karolina Schmiedlova (0-6, 7-6, 6-1), and Thursday’s encounter against former number one Azarenka followed a similar pattern.

Osaka quickly fell behind 4-0 and 5-1, recovered to 5-4 but Azarenka ended the set with a service winner.

In the second, Osaka was one point away from going double break down for 5-2 which could have decided the match. But recovered and snatched a fiercely contested set which lasted 85 minutes in the 12th game with a backhand winner.

Azarenka, 29, missed three further breakpoints in the opening game of the final set, and Osaka raced off to 5-1. Azarenka broke in the seventh game after saving a match point but Osaka wrapped up matters on her next service game on third match point.

“I knew she was playing well. It was an unfortunate second round but I am happy that I won,” said Osaka who fired 52 winners to Azarenka’s 35.

The outcome was cruel for Azarenka, who has had a hard time returning to the top after her maternity break, partly because of being drawn against top opponents in early rounds as she has tumbled in the rankings where she is now slowly recovering to a current number 43.

“You know, I’m sitting here with a loss, but I know what I need to do better, so it keeps me optimistic, and I do enjoy this. No matter how hard it is, it’s my path that I’m going to walk with my head held high,” former number one Azarenka said.

Men’s top seed Djokovic had no such trouble against the 104th-ranked Laaksonen.

The Serb won the first five games and although Laaksonen offered more resistence in the second set Djokovic paved the way to victory with a break in the opening game of the third, clinching victory in a long rally after 1:33 hours.

“My ambitions are very high. I have to stay concentrated like today and continue playing my game,” Djokovic said.

Bublik surprised Thiem with huge serves but also three in the rare underarm style Michael Chang famously used 30 years ago at the tournament against Ivan Lendl.

The Austrian faced being taken to a fifth set when 91st-ranked Bublik earned set points at 5-2 but he recovered with five unasnwered games for victory.

“It was a tough matchup for me because there were almost no rallies. He almost served only first serves, underarm serves. He gave me no rhythm at all,” Thiem said.

The three-time women’s champion Williams was at first frustrated by 238th-ranked qualifier Nara, especially in the sixth game which went via deuce 10 times and say Williams miss six break points.

But the American then broke a 3-3 tie with three unanswered games to take the set, and was never troubled in the second, wrapping up matters with three straight aces for a match tally of 10.

Due on court later Thursday among others was women’s title holder Simona Halep v Magda Linette of Poland.