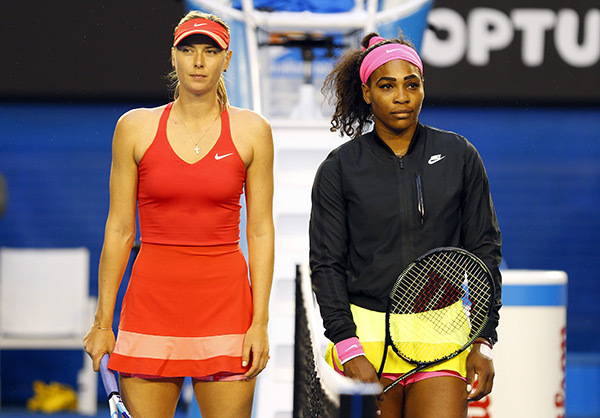 Veteran stars Serena Williams, a six-time US Open champion, and Maria Sharapova, the 2006 champion, will face off in the opening round of the US Open on Monday in New York.

It will be their first meeting at Flushing Meadows, where Williams, 37, won her first grand slam title 20 years ago. Williams, seeded eighth, has won 23 grand slam titles – the last at the Australian Open in 2017. That compares with five for Sharapova, 32, whose last grand slam win was at the 2014 French Open.

Williams holds a 19-2 record over Sharapova, who last year reached the round of 16 at the US Open. Sharapova defeated Williams in their last meeting, a round-of-16 pairing at the 2018 French Open.

Thursday’s draw for the final grand slam of the year also set the opening-round match for top women’s seed and defending champion Naomi Osaka. She will face Anna Blinkova of Russia, ranked 93rd.

Osaka defeated Williams in a heated women’s singles final last year that saw Williams penalized after arguing with the chair umpire and Osaka shedding tears during the award ceremony.

On the men’s side of the draw top seed Novak Djokovic will open his US Open title defence against Roberto Carballes Baena on Monday.

World number two Rafael Nadal, winner of the Rogers Cup on August 11, will play John Millman, who defeated Roger Federer at the 2018 US Open. Federer, a five-time US Open champion, faces a qualifier in round one.