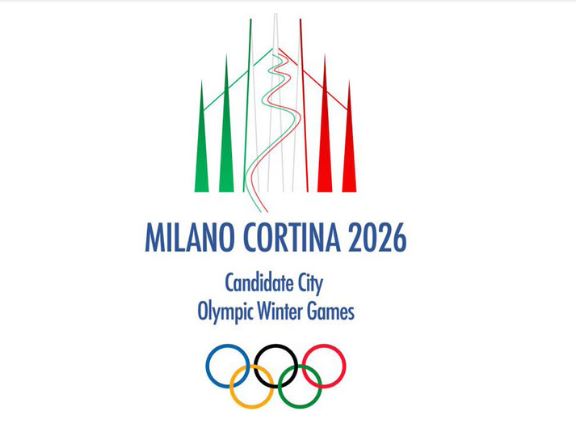 Milan was originally chosen to stage the 134th Session of the International Olympic Committee (IOC) which elected the 2026 Winter Olympics host – now it has landed an even bigger prize in form of the actual Games.

Milan/Cortina d’Ampezzo on Monday lived up to their role as favourites when they won the IOC ballot 47-34 against Swedish rivals Stockholm/Are at the Session in Lausanne.

“We are proud of this great result! It is a victory for Italy: the entire country worked in unity and unanimity with the ambition of putting together and offering the world a ‘memorable’ sporting event,” Italian Prime Minister Giuseppe Conte tweeted, after earlier being part of the final presentations before the IOC members.

Bach said that “we can look forward to outstanding and sustainable Olympic Winter Games in a traditional winter sports country” with “iconic venues and beautiful settings, combining the attractions of a modern European metropolis with a classic Alpine environment.”

The snow and ice Games return to the Alps and the key IOC market of central Europa for the first time since Turin 2006. Italy also saw Cortina stage the Winter Olympics in 1956, and Rome the 1960 Olympics.

Turin was originally to be part of the Italian bid again but withdrew, leaving the fashion capital of Milan and the famed winter sport resort of Cortina to carry their hopes.

The bid prompted the IOC to move the session from Milan to its own Swiss hometown of Lausanne because under the IOC Charter countries cannot host sessions if they have a bidder for Olympics awarded at that session.

It was a big turnaround for Italy after Rome withdrew a 2020 Games bid due to uncertain cost and a 2024 effort by the capital was stopped by new mayor Virginia Raggi.

Milan/Cortina entered the 2026 bid race rather late but in a confident mood, with huge public support of 87 per cent in Milan and 83 per cent across the country, and seemingly better marks than Stockholm/Are in the recently published IOC evaluation commission report.

Both bidders allowed the IOC to return to a classic European winter sports region after Vancouver 2010, Sochi 2014, Pyeongchang 2018, and Beijing 2022.

And just as Stockholm, the Italians have pledged to stage sustainable Games with a modest operational budget of 1.4 billion euros (1.6 billion dollars) under the new IOC Olympic Agenda 2020 and New Norm reform programmes – in the wake of dwindling interest from cities in the wake of Sochi’s 50-billion dollar overall price tag.

“We have prepared the Games to be friendly to the planet. It is a vision that the Olympics will contribute towards,” Milan mayor Giuseppe Sala said at the final presentation. “This is why 87 per cent of Milanese say ‘yes’ to the Olympic Games.”

The February 6-22, 2026, Games are to be opened in Milan’s San Siro football stadium, which could be fully rebuilt, and to be closed in Verona’s ancient amphitheatre.

Organizers plan that 13 of the 14 Olympic facilities will be existing or temporary, and the IOC will contribute 925 million dollars to the operational budget.

The 400-kilometre distance between Milan and Cortina had led to some concerns, just as the modernisation of the Cortina sliding centre and the difficult economic situation in the country.

“With the Winter Olympics, we will prove to the world our strengths and our skills,” he said.

Sweden had also dwelt heavily on sustainability but not even the presence of Crown Princess Victoria, and Stockholm mayor Anna Konig singing a line from Abba’s Dancing Queen hit, helped their cause.

Lower public support of around 55 per cent and a long debate around government guarantees for the privately funded Games appeared to be reasons why they eventually failed to land the Winter Games a first time, with Bach speaking of “a clear signal” because “public support often goes hand in hand with political support.”

Swedish Olympic Committee president Mats Arjes told Swedish television SVT in Lausanne: “It’s not fun to lose. We followed the IOC’s directives and the New Norm,it will likely take longer time to bring about a change,”

The 2026 campaign had originally seen more potential candidates but Japan’s Sapporo withdrew and referendums stopped the efforts of Austria’s Graz, Sion in Switzerland and Canada’s Calgary.

The IOC hopes to stop this trend with its reforms, and highlighted Monday that 2026 bid budgets dropped 75 per cent compared to 2018 and 2022, and the proposed operational budget by 20 per cent.