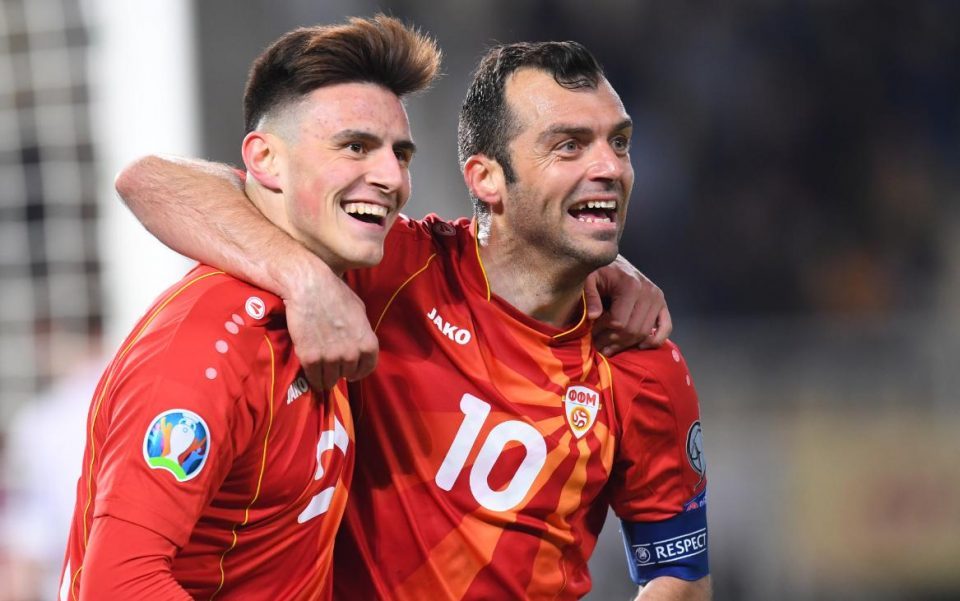 Macedonia had little difficulty beating the Baltic team. Pandev scored the first goal in the 14th minute and Bardhi added the second with a powerful shot from afar only a few minutes later.

Macedonia now has eight points, and is closely behind Austria and Slovenia. This win brings back hope that we could actually make it to the championship.

Four Covid-19 deaths reported over the past 24 hours

Taravari: SDSM and DUI are just putting on a show, they already have a coalition deal

Maxillofacial Clinic is being reconstructed with a US Embassy donation

VMRO prepares to challenge Zaev’s manndate before the Constitutional Court

Four Covid-19 deaths reported over the past 24 hours

There are four deaths reported in the latest daily coronavirus report issued by the Healthcare Ministry, which brings the total death toll of the epidemic to 539. The deceased patients include two men from Skopje (aged 54 and 55), a woman from Kavadarci (69) and a man from Sveti Nikole (70). There were...
Macedonia 15.08.20 | 13:31

VMRO prepares to challenge Zaev’s manndate before the Constitutional Court

Taravari: SDSM and DUI are just putting on a show, they already have a coalition deal

Maxillofacial Clinic is being reconstructed with a US Embassy donation

Turkey: Emmanuel Macron should not interfere in eastern Mediterranean

SDSM – DUI coalition talks expected to continue over the weekend

No agreement reached between DUI and SDSM yet, fake news produced by Albanian opposition

SDSM denies having agreed on a rotating prime minister with DUI

An agreement has been reached, Zaev will be prime minister for three years, Ziberi one year, reports Kanal 5