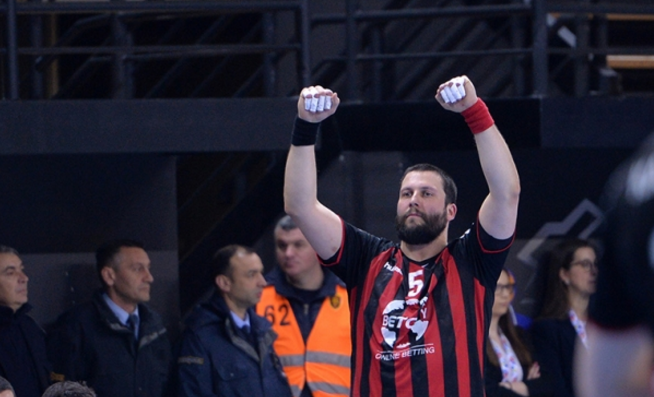 Stojance Stoilov, the popular Vardar pivot, said that the handball team is the underdog as it prepares to face Hungarian Szeged, and added that this will probably be one of the last games of this Vardar line-up.

Macedonia’s beloved team lost its main sponsor as Russian businessman Sergey Samsonenko said he will leave with the start of the next season, and it is feared that many of the Vardar stars will leave once Samsonenko’s funding dries out.

This is maybe the last Champions League match for the Vardar we all know and love, after Sergey’s announcement. But, we put these issues aside now. We all know how important the two games against Szeged will be. They are favorites to win, but we will give all we got, said Stoilov.

Stoilov added that Samsonenko met with the players and explained his decision. “We are grateful to him for all he did for Skopje, for Macedonia. He elevated sports here to another level”, said Stoilov.

Vardar won the European Champions League title in 2017, easily the greatest success for a Macedonian sports team. But Samsonenko faced open pressure from pro-SDSM media, and as soon as the Zaev Government was formed, speculation began as to when he will end his work in Macedonia.

End of the handball fairy tale – Samsonenko withdraws from Vardar