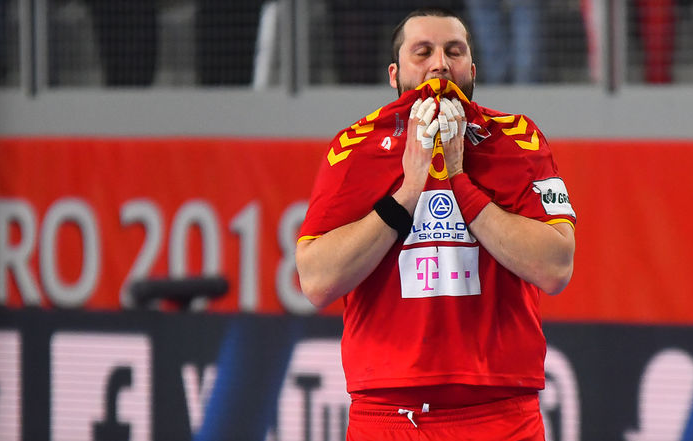 Sport hero Stojance Stoilov will brave his meniscus injury to play for the Macedonian handball team against Turkey, in a key qualifier for the 2020 European Championship. Stoilov will unfortunately not be able to play the last qualifier against Greece in Strumica.

Macedonia plays Turkey on June 12th, and the match against Greece is set for the 16th. The team hopes to win both games and secure the top place in the group.

The player became a legend as captain of now two times European Champions League winner Vardar, and especially after denouncing the imposed name change and insisting to use the name Republic of Macedonia after winning the second title last week.

Stoilov: Do we have separate laws that apply to Albanians?

Vardar pivot Stoilov contracted the coronavirus, will miss the game against Nexe