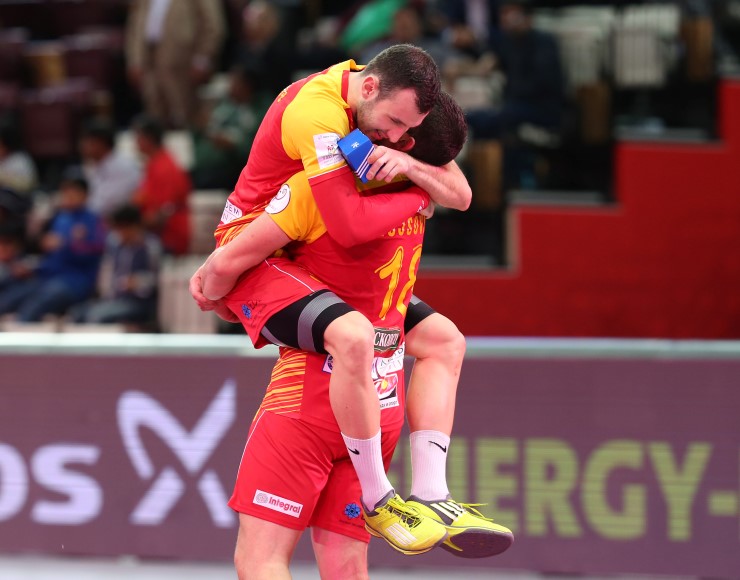 epa04563352 Macedonia's Dejan Manaskov (L) celebrates after being awarded man of the match at the end of the Qatar 2015 24th Men's Handball World Championship match between Macedonia and Tunisia at the Lusail Multipurpose Hall outside Doha, Qatar, 16 January 2015. Qatar 2015 via epa/SRDJAN SUKI Editorial Use Only/No Commercial Sales

Dejan Manaskov scored in the last second of the European handball qualified in Iceland, to secure the win for Macedonia.

It was a thriller debut game for new coach Danilo Brestovac who will learn early that it’s good to take something for the nerves when Macedonia plays. Manaskov led the team and scored eight goals, ahead of Georgievski with seven and the legend Kire Lazarov with six.

Macedonia is infected with handball. There is a great future ahead of us, just look at what is happening with the youth teams. We won using much of what Raul Gonzalez taught us, although I don’t want to take anything away from Brestovac for his first win. He let us play our game, we played wisely and we will be well prepared for the next game, said Lazarov.

A win in the return game in Skopje on Sunday will mean that Macedonia wins the first place in its group.