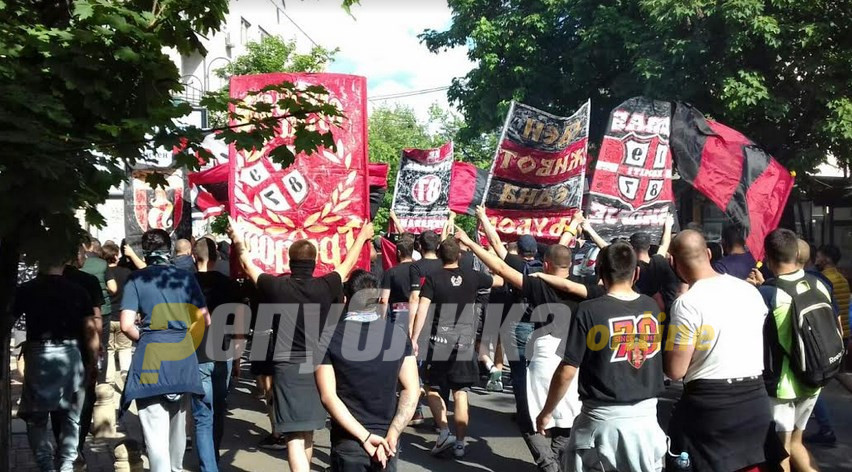 The Komiti group of football fans gathered today to protest the continued decline of their club Vardar, which was relegated from the first league.
The fans walked through the Debar Maalo part of the city carrying flags and torches, on their way to the Philip II stadium. Vardar is in decline after its owner, Sergey Samsonenko, was hounded by the Zaev regime until he began abandoning his businesses and the sports clubs he was patronizing – including the Vardar handball club which he twice led to winning the European Champions League.

The city of Skopje promised to support the historic club, but so far help has been scarce.