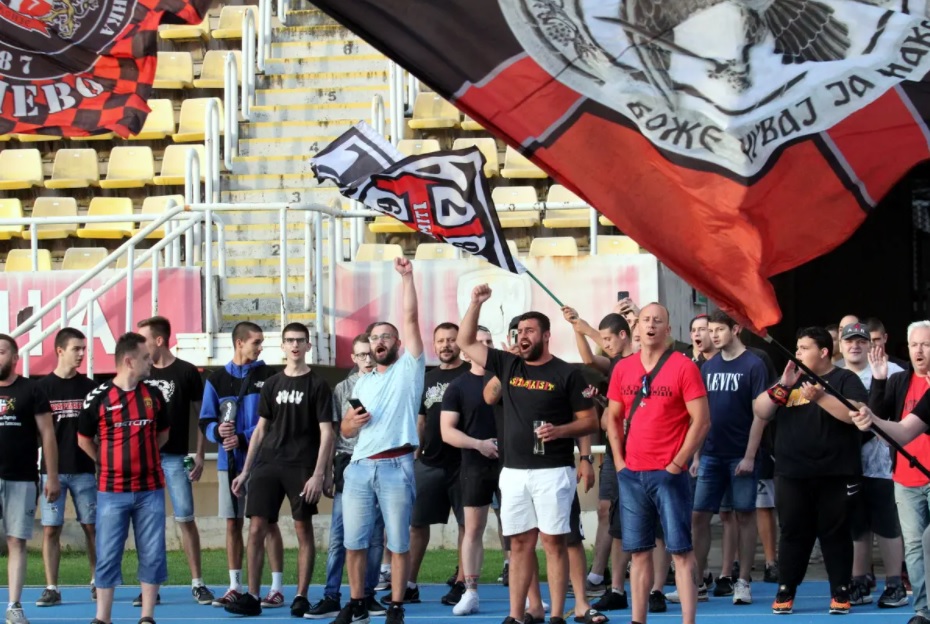 Groups of Komiti – the fans of Macedonia’s historic Vardar football club, showed up to support the players during their first training session today, under a new management. The team was humiliatingly relegated from the First League, and will compete in the Second League.

No matter where you play, the Second League, the local leagues, we will be there with you, the fans said.

The team was devastated with the persecution of its owner, Russian businessman Sergey Samsonenko, whose businesses were targeted by the Zaev regime.