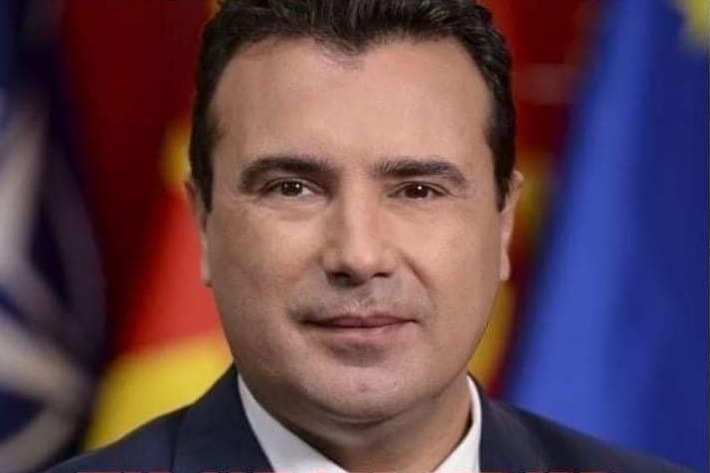 It must be a Fata Morgana! Zoran Zaev’s most recent “resignation” to both positиons, i.e. that of Prime Minister and President of SDSM party, is yet another mirage. As was also the case with his “resignation” a couple of years ago following the French “Non!” to opening negotiations for EU membership. As was the case after the “resignation” of his pawn, Dr. Filipce, in the wake of the recent deadly inferno in Tetovo. This would be comical if it was not so sad.

Of course, none of this comes as a surprise to the people of Macedonia, who this past Sunday resoundingly and unequivocally conveyed their views and appraisal of Zoran Zaev as a political leader and his government as a whole. As a matter of fact, the people of Macedonia have seen much worse from Zoran Zaev and his collective. They saw him and his government shove down a failed and thus illegal referendum. They saw, on full display, the most extravagant corruption and fraud, epitomized by Louis Vuitton bags of cash, and a whole “Special Prosecutor” edifice pervaded by sleaze and bribery. And much more. Therefore, a Fata Morgana in the form of a resignation is “small potato” compared to all of the other stuff the people of Macedonia have seen.

However, the people of Macedonia have already defeated Zoran Zaev and his coalition government. He might play some more with Fata Morganas of one sort or another. The fact of the matter is, however, that change is now a matter of time. The disease has metastasized, and the demise of Zaev’s government is imminent.

I find it amusing to read commentators and politicians from the governing coalition, like the relic by the name of Tito Petkovski, who are trying to sound smart and lecture us all about what real democracy is by saying how “if a government loses one election it should not mean it should redo all other elections” (paraphrase). In other words, Tito Petkovski says that loosing badly in the recent local elections does not have to mean that there should be early parliamentary elections. Of course, others have advanced this same, or similar, argument. It is a fact, of course, that in most parliamentary democracies the incumbent has the prerogative to call early/snap elections, whenever an incumbent government believes that the sentiment of the majority of the electorate may be such that the government could secure itself a full term mandate, instead of a fraction of a remaining current term. This is what happened just a little over a couple of weeks ago in Canada when the incumbent government led by Prime Minister Justin Trudeau called a snap election (unfortunately for Mr. Trudeau, and contrary to their hopes and expectations, his party failed to secure a majority in that early election, even though he managed to safeguard his premiership).

In a real, genuine, democracy where the people, the electorate, have the “final say” the reverse should be much more prevalent. Namely, when the victory is so emphatic, as was the case on October 31 in the local elections, there can be no equivocations as to the message and intent of the electorate, the demos. The majority, substantial majority (which would likely be the majority even among those that chose not to vote at all), obviously want a change of government, not only at the local level but at the national level, too. One could have possibly equivocated if the results had been at least a little more evenly dispersed between those in power and the opposition. But, no, the results were utterly convincing. The people of Macedonia want, yes, new mayors and local government advisors, but they also want, alas perhaps even more, that the current national government be out so that a completely new administration, a new coalition, can step in and begin to govern. Expressed differently, via the local elections, the people of Macedonia called for a new general election. By implication, the incumbent government of Zoran Zaev no longer has the mandate of the people to govern.

Notice, in both cases, when an incumbent government calls snap elections and when the people express their demand for the same via local elections the aim is the same, i.e. a fresh political mandate. In the case of the former, reaffirming a mandate from the people, and in the case of the latter, granting a new mandate by the people. On October 31, VMRO-DPMNE and its coalition was granted such a mandate, via local elections.

What the majority of the Macedonian electorate did on October 31 was tantamount to a recall election. I realize that recall elections are not yet prevalent in European polities. Although rarely used, they are a legitimate mechanism in 41 states in the US, and as of 2015 they are operative in the UK as well. I would not be surprised if they become much more prevalent across Europe in the ensuing years, as recall attempts have been on the rise in the US, too. The growing polarization along political lines across the
European continent, coupled by technology which makes canvassing and gathering signatures easy, are two trends that may well lead to formal inclusion of recall elections in political systems (these two trends will likely lead to increased successes in recall attempts in the US).

So, what would be the most democratic thing to happen now in Macedonia? Zoran Zaev’s initial instinct was correct. He, rightly, resigned to both of his leadership roles. And with constitutional automatism, his whole government should follow suit and resign, thus enabling early elections to be called immediately. However, even if Zaev’s resignation remains only a mirage and his government stays on and obstructs the prospect of early elections, the winners in the election on October 31, should not fret much.

Because, through their staying in power, in yet another repudiation of the people of Macedonia and their sovereign will, Zaev and his administration only demonstrate their true nature and character. They would yet again confirm the unfortunate fact that, in reality, for our self-proclaimed liberal friends of SDSM, DUI and the likes, democracy is just a “language game,” to quote Wittgenstein. What’s more, their staying in power is a conspicuous act of desperation. And desperation, complemented by the inaptitude and incompetence of the incumbent government, will only lead to a much greater and more glorious victory for VMRO-DPMNE and its coalition partners when the parliamentary elections do happen.