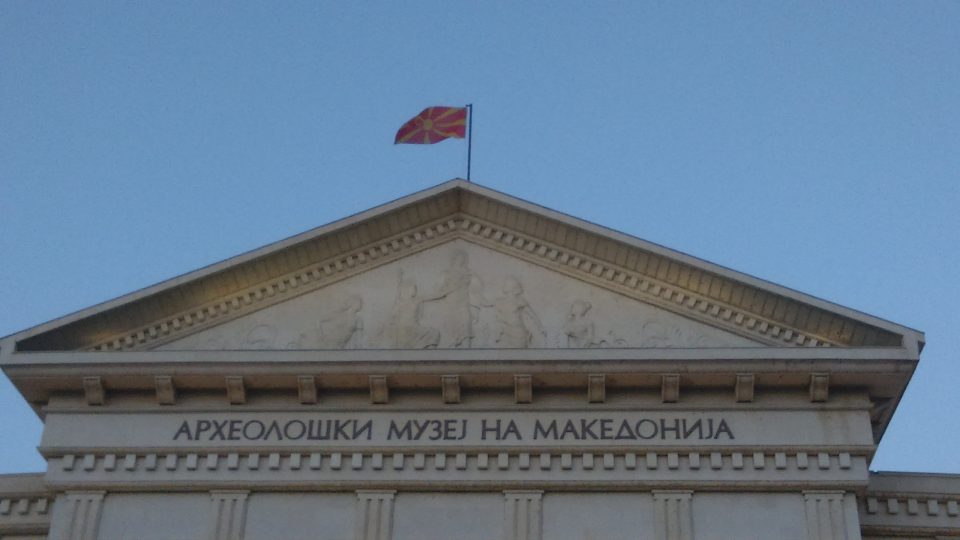 He also tells a whopper of a lie

Two items this week: Zoran Zaev admits he does not care about Macedonia’s name, and he lies about what to expect if the center-right governs Macedonia and reinstates Macedonia’s rightful, and only, name.

Zoran Zaev, by his own admission, does not care about the name, and by extension, the dignity of Macedonians. If a so-called leader, and one who has already been prime minister once, does not care about the name of his own country or the dignity of his fellow Macedonians, it is difficult to imagine that he actually cares about other issues of concern to Macedonians — the economy, jobs, corruption, healthcare, education, and other issues of daily worry to all Macedonians.

According to numerous media outlets, an extended version of a bribery conservation from 2014 has surfaced with Zaev telling an undercover police informant, on hidden tape and regarding upcoming elections, that “The fix is in with the Americans, with the Europeans,” and that in order for Macedonia to move forward, it must be in the EU and NATO, and therefore the name must be changed. “F — — — the name, f — — — it,” Zaev is heard shouting.

And that is a shame because he wants to be prime minister again and spend the next four years doing to Macedonia and the Macedonians what he has done for the past nearly three years — actively working to undermine Macedonia’s name, identity, dignity, and more, ignoring the economy, engaging in corruption, and generally contributing to the demise of Macedonia. If he and his far-left socialist-led party is in power again after the April 12 elections, it will be difficult to imagine any Macedonians being left in the country in 2024. State capture will not only increase, but will continue, the economy will not become the Nirvana he has promised, individuals, and especially young people, will continue leaving, and the very identity of Macedonians will continue to be in doubt.

And then there is the most recent lie from Zoran Zaev, this one a whopper, on Macedonia’s NATO membership.

In pre-campaign mode, the leader of the leftists in Macedonia says that if VMRO-DPMNE is elected and restores Macedonia’s rightful, and only, name, then Macedonia will be kicked out of NATO. This is an outright lie.

Currently, Macedonia is scheduled to become NATO’s 30th member sometime in the next six months or so. All member states save Spain have agreed to this and the Spanish delay has been due to internal political problems. Now, however, they have a functioning government and can be expected to ratify Macedonia’s accession sometime in the next few months. Either after that or possibly before that, Macedonia’s parliament will also ratify the accession accords and Macedonia will, finally, take its seat in NATO.

But now Zoran Zaev is attempting to scare the Macedonian public by lying. He is telling Macedonians that if VMRO-DPMNE is elected in April, then, once they change the name back to Macedonia’s rightful, and only, name, NATO will kick Macedonia out of the alliance.

But that is not possible because there is no mechanism within NATO to kick a member out. It is as simple as that.

According to media outlet Republika, Zaev was quoted as stating “The current leadership of VMRO-DPMNE continues to push dangerous ideas to rescind or nullify the Prespa treaty which led us to full NATO membership…Are VMRO-DPMNE and Hristijan Mickoski aware what will happen if we rescind or modify the Prespa treaty, which was negotiated over 20 years? It would mean automatic withdrawal of our NATO membership…”

Again, there is no “automatic withdrawal” mechanism for members in NATO. There is much grumbling these days about Turkey, a NATO member, and their current government, and even talk about “kicking Turkey out of NATO.” But, as journalist and author Jonathan Manthorpe notes in this 2016 (!) article on that issue, “…when NATO was formed at the outset of the Cold War in 1949 no mechanism was put in place to oust recalcitrant members.” Macedonia and Macedonians returning their rightful, and only, name to their country and to themselves could hardly be considered “recalcitrant.” Plus, even if it was “recalcitrant” there is no mechanism. It is a blatant lie for Zaev to say Macedonia will be kicked out of NATO if the center-right governs Macedonia and returns and restores Macedonia’s name. A more recent news article on the issue of kicking Turkey out, this one by German news agency DW, notes the same thing stating “While NATO’s founding charter allows for a member to quit the military alliance, there is no mechanism that spells out how a country can be booted out by other states in the alliance.”

Finally, let us recall what members of NATO have stated for years, decades actually: “You must change your name because Greece is in the club and you are not.” Meaning, once you are in the club, you can pretty much do whatever you want. Greece got away with it for decades and no other country challenged them on keeping Macedonia out. I very much doubt that once Macedonia is in, another country will condemn Macedonia and Macedonians for restoring their dignity, and their name. If NATO does that, then NATO has some serious problems which likely will spell the end of NATO because at that point, NATO will have proven that it has no core values.